The Susan Sebastian Foundation has installed a number of original artwork pieces in nearly 400 inpatient rooms in 14 of Vermont’s hospitals – the culmination of a five-year long project meant to enhance the patient experience by activating areas of the brain known to generate endorphins.

The paintings depict scenes involving flowers, children, animals and general landscapes, and have been rendered using a variety of media such as watercolors, pastels and acrylics. The Southwestern Vermont Medical Center in Bennington, Vermont, was the latest facility to accept artwork affiliated with the project, hanging 54 paintings valued at more than USD 40,000 throughout the hospital. 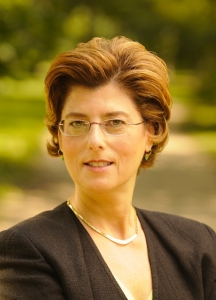 Speaking during a celebratory event hosted at the Arkell Pavilion on the campus of the Southern Vermont Arts Center in Manchester, Vermont, Esther Sternberg, MD – author of the best-seller "Healing Spaces: The Science of Place and Well-Being," which inspired the foundation’s project – noted the healing potential  associated with photographs, paintings and other visual media.

"Looking at a beautiful view, whether a photograph or painting, activates parts of the brain rich in endorphins. It should have the same effect whether you're the patient, the family taking care of the patient or not ill at all," Sternberg said.

The installation of the artwork across Vermont’s hospital base was also inspired by the ideals of Susan Sebastian herself – the woman and patient for whom the foundation was formed. Sebastian revealed to her mother Elise Braun before her death in 2009, after a long battle with chronic illness, her wish for every hospital room in Vermont to possess gentle, inspiring art created by state-based artists.  After Braun and Executive Director Gil Myers established the foundation in Susan’s honor, they were sent a copy of Sternberg’s book, which came to influence the mission of the organization a great deal, according to Leslie Keefe, vice president for Corporate Development, Southwestern Vermont Health Care.

"Dr. Sternberg's work has had such a profound impact on the mission of the Susan Sebastian Foundation, on the patient experience in hospitals all over the country, and on how we, as a culture, envision healing environments," said Keefe.

"I am deeply honored that my book was the inspiration for placing art in every room in every hospital in Vermont. The scope of this project is remarkable. When you write a book, you never know the impact it will have, and to see my words made into reality on this scale is tremendously fulfilling," added Sternberg.

Deb Clark, who attended the Bennington Hospital event on behalf of Braun, who passed away on 17 June, said that the “final installation was the most celebrated.”

"Elise and Susan's legacy will live on through art to help so many heal," concluded Sternberg.

Altogether, the paintings installed by the Susan Sebastian Foundation are worth approximately USD 450,000. Alongside her authorship duties, Esther Sternberg is the founding director of the University of Arizona Institute on Place and Wellbeing and a professor of medicine; she is also the research director at the Arizona Center for Integrative Medicine, University of Arizona at Tucson.

Change your microbiome, change your life: The Swift Diet