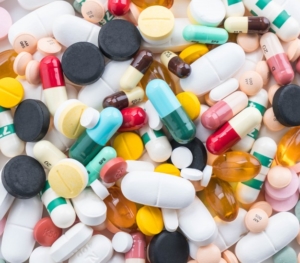 Loretta Butehorn, PhD, has been working with people with substance abuse in New England for some 30 years. Her presentation at the 2018 Integrative Healthcare Symposium annual conference in New York was both a primer on the nature of addiction and a reminder of how discouraging treating people with addiction—of any kind—can be. In recent years, however, complementary and integrative treatments including homeopathy have started to find a place in supporting patient recovery.

Butehorn has been an advisor to the substance abuse management community in the New England states for many years. She currently teaches "Social Psychology of Health and Healing" at Boston College. She is also a leader in the national homeopathic community (she is a Board member of the National Center for Homeopathy). In recent years she has led efforts to collect data that describe the effectiveness of the use of homeopathy to stabilize substance-addicted clients, which has shown promise in preventing early relapse.

Because most of her work serves people whose addiction has left them on the street, in shelters, or even jail, Butehorn described how she and her associates have devised terminology and story lines to give patients a simple way to understand what has happened to their health, emphasizing especially that it is not the result of weak character.

The story shows how addiction blows up the flow of neurotransmitters (NTs) that the body depends on for everything. Introducing too much of toxic substances into the body, whether alcohol or an opioid, creates "look-alike" molecules that trick the body (and its NT pump) into thinking that enough neurotransmitters are active, which essentially turns off the pump. In the case of consistent and frequent use of addictive substances, the pump eventually breaks, leaving behind overwhelming cravings that lead to the destructive behaviors of addiction.

The process of recovery remains as difficult has can be imagined, even as integrative modalities like yoga, imagery, acupuncture, massage, reiki and tai chi, and cognitive behavioral therapy are showing effectiveness as part of the process. Butehorn described approaches for recovery around the Post-Acute Withdrawal Syndrome (PAWS), which refers to a cluster of ongoing symptoms that can continue after acute withdrawal symptoms have gone away. They are largely psychological and mood-related and can be just as intense as acute withdrawal, even though symptoms of pain, nausea, cramping and headache are not present. Coping with this difficult state often compels patients to return to the substance to end the discomfort.

The PAWS approach is centered around bringing the patient to "be conscious of their own state." This is where integrative approaches, Butehorn said, have proven most useful. Although this method first appeared in the late 1950s, she reported to her own surprise to learn from recent poll some 75 percent of patients still have never heard of the PAWS approach.

Butehorn showed videos of patient interviews illustrating progression through therapy that is markedly supportive, noting expressions of gratitude (dopamine generating), congratulations for patients even dealing with multiple relapses ("How long have you been sober?" "Eight months." "That's great!")

She noted the importance of using using multi-sensorial therapies (art, music and dance) as well as tai chi, yoga, acupuncture and homeopathy all of which may be used to help heal the brain.

Among the challenges she described:

With the addiction epidemic reaching such unprecedented levels, new treatments and substances designed to stop cravings are inevitably to be found. An interesting example Butehorn cited is the herb, ibogaine, which has been reported to stop cravings immediately. While still illegal in the U.S. it is under research at NYU.

Another promising substance is Nux Vomica whose pain-ending qualities Butehorn learned first hand when coping with a debilitating head pain that woke her at night. A fellow homeopath recommended the herb, which she took when the pain recurred, and found that it provided "immediate relief." When she provided this option for her substance abuse patients, she observed cravings abate within 24-hours.

Despite innovations many communities have developed Butehorn reminded all that stigma remains a powerful barrier to the understanding of addiction, whether by family members, neighbors, physicians or policy makers. But opioid epidemic, which has caused opened a door for integrative approaches, may even be eroding that regrettable reaction from society. Butehorn reported that Massachusetts, ignoring the stigma, has prescribed NARCAN, which can stop an overdose as it occurs for every home in the state. It is an acknowledgement not only of how deeply addiction reaches into the fabric of life, but also that it is not likely to improve soon.

Homeopathy demystified: Why it works for acute conditions and chronic disease

Facilitating recovery from substance use disorder