Confessions of an integrative cardiologist 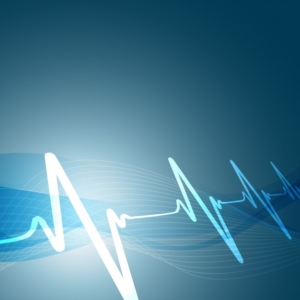 For Dennis Goodman, MD, ABIHM, his confessional was a large meeting room at the 2018 Integrative Healthcare Symposium in New York City, filled with an audience that eagerly consumed his expansive, eclectic account of a passage from the "standard" medically-trained paradigm—organ-system diagnosis and never-ending specialization, to a landing point along a path that he suggested originated with Hippocrates and can now be found in the microbiome.

Did you know stress can reach into the microbiome? Or that, as Goodman said, it can actually "shift during surgery?" Not good. So it is important, he said, to "get the parasympathetic nervous system calmed down pre-surgery."

For instance, he recalled an 85-year-old patient whose heart condition had reached the last option of surgery. The fellow was sure that this treatment would be his final -- and a fatal -- medical procedure, so he encouraged Goodman to be with him in the minutes before the surgery. Goodman protested this grim view, but showed up anyway, and ended up joining the rest of the team in a hearty rendition of a song beloved by this patient, "King of the Road." After the gentleman recovered he told Goldman that his spirits had been so high during their pre-surgical sing that he barely knew he was going into an operating room.

Like a number of precepts that have emerged with the integrative health experience noted by Goodman in his remarks—adrenal fatigue, leaky gut, detox—imbuing the relationship with empathy and compassion, and creating what amounted to guided imagery for this patient, is not yet well embraced by his colleague in conventional medicine.

Goodman, director of integrative medicine at Langone Medical Center, New York University,, and director of preventive medicine and cardiovascular health, "confessed" to several such pivotal moments that have taken him through his journey as physician and as his own patient.

While at Scripps Center for Integrative Medicine in La Jolla he recalled finding himself duly equipped with an awesome array of tools but unable to fully treat patients.   Too often he said, "I felt like a fireman (another profession with awesome tools), while the house is burning down." This led to a fundamental adjustment: He said to himself, "I don't want to do that any more. I can do it (the conventional method), but I'm not going to do it unless I have to."

Calming the parasympathetic nervous system is among the many strategies that Goodman and others have identified as necessary to truly deal with conditions of ill health at the root, ideally well before the inflammation and stress leave even the best-equipped practitioners unable to stem the flames. "The most important question," he said, "is 'What is causing this?'" Without an answer to that question, he said, one cannot hope to solve the problem. But while those answers are sought, Goodman shares with many integrative practitioners an understanding of the value of being open to inexplicable, very non-pharmacological healing powers, like singing before surgery.

Another of his patients was a 30-year old woman who by all appearances was fit and healthy but who felt lousy and whose heart was beating at 120 beats per minute. Tests did not reveal a cause. From his expansive integrative toolkit, Goodman recommended biofeedback.   After ten 60-minutes sessions, her heartbeat was back to 80. He shrugged his shoulders: "It could have been acupuncture or another modality," he said, referring to applying options that align with a patient's own healing response while the biology remains unclear.

In another confessional moment, he reported his own submission to chronic stress, which he can be so powerful as to overwhelm basic functioning of the autonomous nervous system and create conditions like adrenal fatigue, another understanding that "western medicine doesn't accept." For Goodman, the disruption lead to headaches so serious that NYU encouraged a medical leave, as he came to realize, "I've got to get well." Visiting a health center in his native South Africa, he spent a week undergoing a restoration that eliminated the headaches. His assessment, "I had detoxed myself."

The core of his presentation went through the many now well understood integrative methods for keeping systems "calm" and thus able to fend off the disruptions of stress—sleep, nutrition, exercise and flexibility, rest, yoga, pets, social, and spiritual beliefs and community—in this presentation accompanied by many research studies.

The non-pharmacological context then moved to options Goodman admitted were "the hardest to wrap our heads around:" supplements. From his long and widely known expertise in cholesterol management Goodman has grouped a number of supplements that reinforce and fill essential functions: Vitamin D, Magnesium, CoQ-10 among them. Noting deficits in essential elements, 80 percent of the population for magnesium, he suggested that proper, well understood supplementation offers another kind of "personalized medicine," as we come to understand more and more at the root level, as is emerging in new knowledge of the gut-brain-connection

Confessions like Goodman's most often track the experiences of MDs who adopt the more expansive, flexible, natural-first, patient-first orientation of whole-health care. Less obvious perhaps are confessions running in the other direction, in the experiences of holistic and integrative practitioners who are now engaged in and emphasizing inter-professional partnerships. The possibilities for that connection were in evidence in the eager interest of the attendees at this stimulating session.

Why the vagus nerve is the key to fighting stress