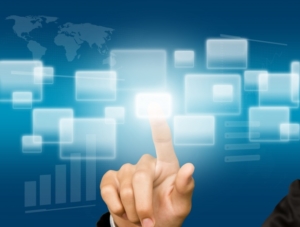 Using virtual reality therapy to improve arm and hand movement after a stroke is equally as effective as regular therapy, according to a study published in the November 15 issue of of Neurology, the medical journal published by the American Academy of Neurology.Virtual reality training may be a motivating alternative for people to use as a supplement to their standard therapy after a stroke, according to Iris Brunner, PhD, the study author and researcher at Aarhus Universitet Hammel Neurocenter in Hammel, Denmark. Future studies could also look at whether people could use virtual reality therapy remotely from their homes, which could lessen the burden and cost of traveling to a medical center for standard therapy, she says.The study looked at 120 people with an average age of 62 who had suffered a stroke about a month before the study started. All of the participants had mild to severe muscle weakness or impairment in their wrists, hands, or upper arms.The participants had four to five hour-long training sessions per week for four weeks. The participants' arm and hand functioning was tested at the beginning of the study, after the training ended, and three months after the start of the study.Half of the participants had standard physical and occupational therapy. The other half had virtual reality training that was designed for rehabilitation and could be adapted to the person's abilities. The participants used a screen and gloves with sensors to play several games that incorporated arm, hand, and finger movements.Both groups had substantial improvement in their functioning, but there was no difference between the two groups in the results, says Brunner said. These results suggest that either type of training could be used, depending on what the patient prefers.Brunner noted that the virtual reality system was not an immersive experience."We can only speculate whether using virtual reality goggles or other techniques to create a more immersive experience would increase the effect of the training."
About the Author: