Views from the integrative health community on Republican "repeal and replace" 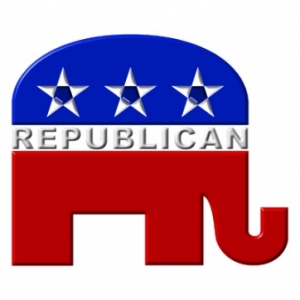 by John Weeks, Publisher/Editor of The Integrator Blog News and ReportsI recently connected with some policy leaders associated with the Integrative Health Policy Consortium (IHPC) on the way the Republicans plans for the U.S. medical industry might impact the cherished portions of the Affordable Care Act (ACA), or Obamacare. I share these limited perspectives first. In the comment field, I look at the formal silence of the leading integrative health organizations on the Republican plans. First, the specific statutes:Non-Discrimination in Health Care (Section 2706). IHPC executive director, Susan Haeger, shared some insight from Beth Clay, a long-time integrative health activist, former NIH Office of Alternative Medicine staffer, and aide to former Republican Congressman Dan Burton. Clay reportedly searched the Senate language and "found no reference to Section 2706 [Non-Discrimination in Health Care] in the bill at all." Clay doesn't think that 2706 is “on the radar of anyone in the Senate,” according to Haeger. This suggests the baby of largely unrealized hope in Section 2706 is being flushed out with the bathwater of what to the Republicans is the despised ACA, if they are successful.

Essential Benefits. In a half-dozen states, acupuncture and other complementary or integrative practices and practitioners were embedded in the Essential Benefits strategies. IHPC policy leader and writer Bill Reddy, LAc, DiplAc, suggests that this frequently hard-earned status would likely be removed, limiting access in states like California, where it was included.Prevention and the Public Health Fund. Reddy found, through his own analysis, that Section 101 of the Republicans' Senate Bill would eliminate funding after fiscal year (FY) 2018 for the Prevention and Public Health Fund. This fund was established “to provide expanded and sustained national investments in prevention and public health, to improve health outcomes, and to enhance health care quality”. Integrative health leaders figure prominently in an advisory panel for the National Prevention Council. In this informal exchange with these leaders, the changes for integrative health practices and practitioners in the Republican direction did not all fall on the negative side of the ledger.   Health Savings Accounts (HSAs). Reddy noted that the Republican focus on HSAs and the related high deductibles "may benefit the integrative health community because patients may be inclined to choose safe [or] non-invasive and cheaper approaches to their health challenges over expensive laboratory tests and surgical procedures."

Comment: For the 20 percent of the U.S. economy invested in the healthcare industry, the changes described above are raindrops in a hurricane of affects that could come from the Republican plans. Most significant are the at least 20 million people who will lose their healthcare coverage. The tax-cuts will mean that the already significant divide between the rich and poor will be wedged open even further given the plan’s seeming goal to benefit the wealthiest.An additional, under-reported outcome is the Republicans’ apparent abandonment of the emergent efforts in the ACA to move the medical industry from a focus on production and volume to one that focuses on the Quadruple Aim and value.The American Hospital Association, the American Medical Association, the American Public Health Association, and dozens of other organizations have issued statements opposing the Republican plans. As assaults on the status quo, it is perhaps no surprise that the industry’s leading stakeholders are a virtual bulwark against Republican attempts to repeal and replace.The integrative health organizations have been notably silent. The fact that none have issued statement may flow from multiple sources. I speculate here. Perhaps it is a felt lack of bandwidth, with too many other pressing issues. As a person directly involved with two of these, I confess to not having volunteered to take a lead myself in drafting something.Perhaps the decision has been to not prioritize. Support for patient choice of medical alternatives has been notoriously bipartisan. Perhaps some have relationships on the Republican side of the aisle that they are working, and don’t wish to offend. Or perhaps there was a sense that their voices do not need to be heard. Was the idea of taking a position even discussed?The question arose regarding the extent to which the vision and mission statements of the leading integrative health and medicine organizations prompt joining the chorus of opposition. Here are some findings:For a moment, forget about Non-Discrimination in Health Care, Essential Health Benefits, and the other particular interests the integrative community has in the outcomes of this battle. Each of these organizations speak to desired “systems” that seem at variance with the governmental hands-off, Libertarian-influenced direction of the Republican plans.How can proposals to remove the security of insurance, to dis-invest in prevention, to worsen the gaping chasm between the rich and the poor, and to undo the aligned move to value-based care be anything but an assault on integrative health?  Perhaps it’s time for these organizations to belly up to this big table and weigh in.
About the Author: