by John Weeks, Publisher/Editor of The Integrator Blog News and ReportsEditor’s note: This analysis article is not edited and the authors are solely responsible for the content. The views and opinions expressed in this article are those of the authors and do not necessarily reflect the official policy or position of Integrative Practitioner.The document published February 7, 2018 through the US Veteran’s Health Administration’s Integrative Health Coordinating Center (IHCC) is as remarkable in its meaning as it is bureaucratic in its tone.The 12 pages mark a first formal, federal recognition of a licensed integrative health profession as much more than a tool to deliver a modality or two for a few limited conditions.Rather – even without the Congressional pressure that forced the VA’s opening to chiropractic – the VA Handbook 5005 document now recognizes licensed acupuncturists as a distinct and valuable profession. Its practitioners will be hired with the potential – depending on what level from GS 9 to GS 12 - to provide multiple clinical and leadership contributions in developing, delivering, enhancing and researching their optimal role in the VA’s clinical teams. 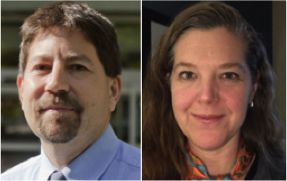 No one is yet estimating exactly how many jobs will be opened. Individual facilities must choose to hire. But Juli Olson, DC, MAOM, DiplAc shares that she is receiving a steady stream of queries from veteran’s facilities and prospective acupuncturist employees alike: “I can tell you that interest is high.” Early employers are expected to by the VA’s 18 recently announced Whole Health Flagship sites.Olson is the VA’s first National Program Director for Acupuncture. She works closely with longtime integrative health and medicine leader Ben Kligler, MD, MPH, the IHCC’s overall director.After decades in which whole integrative professions have routinely been diminished as “modalities” rather than engaged as multi-dimensional professionals, the job description in this VA document almost erupts into a music of inter-professional respect: “The (acupuncturist) communicates with patients about any abnormal or unexpected results or responses to treatment and advises patients regarding lifestyle changes including nutrition, exercise, sleeping habits, stress management, mind body techniques and other matters related to acupuncture care.” They are not limited to certain conditions nor do they have restrictions against applying their full scope – except for herbs. That’s on the back burner for now.This is language from the “Acupuncturist – GS 11 (Full Performance Level).” Those responsibilities are in addition to basic roles in performance of differential diagnosis, and screening of patients, and provision of acupuncture needles. If the acupuncturist has doctoral level training and rises to “Acupuncturists GS 12 (Advanced Level)” opportunities open further to multiple leadership roles.The pay scale, according to according to Kory Ward-Cook, PhD, MT (ASCP), CAE, long-time CEO of the National Certification Commission for Acupuncture and Oriental Medicine (NCCAOM), is in line with NCCAOM’s survey data on what acupuncturists are currently making. The GS 9 pay begins at the level that the VA says is typical for those with a Masters’ level of education – from $43,399 to $55,116. Those at the doctoral level with requisite experience can be GS 12 at $62,722 to $81,541. These figures do not include benefits which can, according to Olson, add another 25%-30% to the package. And, Olson adds with a laugh, there is that unimagined benefit for an independent practitioner: paid vacations.Olson guesses that when the word gets out to the community, the interest will be every bit as strong as the VA is finding on the chiropractic side. A recent job announcement for a new employee chiropractor drew 130 applicants.

Provision of the salary data was just one of multiple contributions the NCCAOM made to the process after Ward-Cook and her team first directly engaged the VA in 2013. Another critical help was NCCAOM’s leadership in gaining an independent occupational code for acupuncturists through Bureau of Labor Statistics in the US Department of Labor.NCCAOM’s core work as a national certifying organization provided the VA with other key pieces of the puzzle. First, the organization had clarified the knowledge, skills and attitudes that could help the VA define a qualified candidate. And given the “patchwork quilt” of state licensing requirements, the VA needed a national standard. The NCCAOM’s Diplomate status provided it.Ward-Cook credits the Kligler-Olson team for working through some initial challenges in the process, getting the handbook section written and signed off. But she also extends a thanks to nurse Janet Durfee, RN, MSN, who was an early champion for acupuncturists gaining the ability to be hired in the VA.
About the Author: