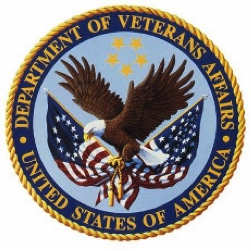 by John Weeks, Publisher/Editor of The Integrator Blog News and Reports Good outcomes for the integrative pain management were reported out last week at the conference of the American Academy of Pain Medicine. The Veteran’s Administration launched the Opioid Safety Initiative (OSI) in 2013, and in the presentation, a VA researcher reported that “nearly a third fewer veterans received opioid prescriptions, falling from about 679,000 in 2012 to 471,000 this year,” according to Medpage Today. The OSI embraces an integrative health approach that has been promoted in the integrative health and medicine communities for years. The lead author, Friedhelm Sandbrink, MD, pictured below, of the Washington, D.C., Veterans Affairs Medical Center, describes OSI as “a comprehensive strategy to reduce reliance on opioid therapy and to expand access to non-opioid modalities."

The strategy “promotes nonpharmacologic treatment options, particularly behavioral and complementary treatments.” The complementary health therapies and practitioners typically included by the VA are chiropractic, acupuncture, yoga, massage, and mind-body. These are not explicitly mentioned in the article. The VA’s full strategy included additional educational and management elements that could also have influenced outcomes.The results are stunning. After the implementation in 2013, over a third fewer veterans received opioid prescriptions. The reduction in those on long-term opioid therapy fell by an even greater margin, from 122,000 to 53,000, or 56 percent. The proportion of all patients with any pharmacy use who received opioids fell from 17.2 percent to 11.6 percent.In the presentation, the researchers raised a significant limitation. They had no data on the extent to which the veterans in the study “sought care outside the VA and receive opioid medications from other clinics.""There's no evidence to think that the reduction in opioids has worsened pain care," said Sandbrink. "Rather, at the same time opioids are being reduced, we are expanding access to non-opioid, non-pharmacologic care. We strongly believe that pain care for our veterans is getting better."

Comment: In his speeches on the integrative strategies in the military, U.S. Army Surgeon General Eric Schoomaker, MD, PhD (Ret.) often points out the different environments the military and VA are from versus those prevailing in civilian medicine. First, the VA is a single payer system, as is is the Department of Defense. Payers have a good deal of power in dictating what gets done, by deciding what gets paid. In addition, the culture of the military is top down. If a direction gains the attention and support of the generals, changes can be relatively rapidly implemented downstream. Educational programs can be quickly developed. Self-care tools and techniques can be distributed. Providers can be re-trained and new ones quickly hired.In the refracted civilian U.S. medical payment and delivery industry, an attempt toward a quick march toward these health and savings would be ambushed from all sides. Even if an integrative strategy were accepted, every medical delivery organization in the competitive marketplace feels a need to develop its own branded programs. A successful practitioner training program at Hopkins would not be good enough for the clinicians at the Mayo Clinic, the Cleveland Clinic, etc. Delivery organizations in rural areas with high opioid use are typically slow to adopt changes of any type. These would be unlikely to lift a finger in the first decade or more of experimentation elsewhere.Of course, the first step is to get delivery organizations and insurers to acceptance such a strategy. The leverage point is the Center for Medicare and Medicaid Services (CMS). Private payers are known to follow Medicare’s coverage lead. CMS has been slow to budge. Thus far the plaintive appeals of the AMA, anesthesiologists, the California Medical Board, the American Pain Society, and others for expanding coverage of non-pharmacologic approaches have fallen on deaf ears.It’s time for CMS to act. Even if half of these measured benefits of the OSI are found to be the result of prescription demand ballooning out into community clinics, these data remain powerful. To drop overall opioid prescriptions in the U.S. population 18 percent, instead of the 36 percent found, and the very problematic long-term use by 28 percent, versus the 56 percent found, would have a tremendous impact on the estimated $78 billion of economic burden of opioid use in the nation today.Unfortunately for this scenario, the present U.S. administration would rather scorn federal guidance than save lives, and billions. “Too bad” hardly captures the human impacts of this better dead that red approach.
About the Author: