The uptake by the military of the “alternative medicine” propelled in the United Stated by the counter-cultural ‘60s has an appeal to anyone with a taste for irony. First, 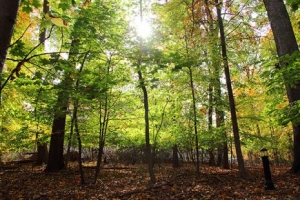 there is the backbone of anti-(neo)colonial and anti-war activity that defined the 1960s. Then, there is value the military and Veteran’s Administration has placed on alternative medicine’s softer flavors: energy methods like acupuncture and mind-body. Later this month, the icing will be smoothed onto that cake. On September 26, 2016, at the Naval Support Activity Bethesda, home of Walter Reed National Military Medical Center (WRNMMC), The Green Road Project will be dedicated “as a research site for studying the effects of spending time in nature on whole-body healing among service members.” The National Institutes of Health is among the collaborators.The project is located on a two-acre wooded setting intended as an “outdoor healing environment to aid the recovery of injured and ill military service members.” The site, anticipated to become a model for others that might be built in other areas, includes a stream, a commemorative pavilion, and wheel chair and walking paths. The small park is intended to support the soldiers receiving care at Walter Reed. Maryland U.S. Senator Barbara A. Mikulski and Captain Marvin Jones, Commanding Officer of Naval Support Activity Bethesda, are among those anticipated to speak at the dedication. 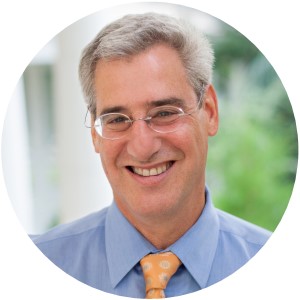 The project is a collaboration between the military and the non-profit Institute for Integrative Health (TIIF) with financial support from TKF Foundation. The Institute is co-led by Brian Berman, MD (pictured left) who founded the first complementary and integrative medicine program in an conventional academic health center at U Maryland in 1991, and his collaborator, Sue Hartnoll Berman. The mission of the Institute is nothing less than “to create a wellness and medical model to shift our society’s focus from managing disease to promoting lifelong health.”  The initiative has backing from the TKF Foundation through its “National Nature Sacred Awards” program which they describe as “an integrated research and design initiative to provide evidence of the human benefits of nearby nature experience in cities.”The remarkable collaboration includes: Walter Reed National Military Medical Center, Institute for Integrative Health, National Institutes of Health, University of Maryland (Department of Landscape Architecture), University of Arizona (Center for Integrative Medicine), Massachusetts General Hospital (Benson-Henry Institute for Mind-Body Medicine), CDM Smith, Inc. (engineering), Institute for  Integrative Health, Ohio State Universi

ty, Pain & Palliative Care Service, Uniformed Services University of the Health Sciences, and Harvard University. Representing the Benson-Henry, for instance, is pioneering mind-body researcher Herbert Benson, MD, and for the NIH, Esther Sternberg, MD, a mind-body researcher whose work has included examining the role of space in well-being.A media release when construction began on the site a year ago shares that the Green Road “is the brainchild of Institute scholar Fred Foote, MD.” Foote, (pictured right) is a retired U.S. Navy neurologist who is also “a champion for complementing conventional medicine with exposure to nature and the arts.”“We believe and have evidence to support that if you bring a sick or injured person into a natural environment, it lowers their stress and speeds their healing,” said Foote. “That’s especially true for the invisible wounds of war: brain injury and post-traumatic stress disorder.”Comment:  The image that comes to mind is of lions lying down with lambs. If anyone ever questions whether the movement for integrative medicine has had an impact, consider the research, the evidence, the willingness to collaborate, and the project itself that is enfolded here in the Green Road. Now transport yourself back to 1989. Imagine someone suggesting such a possibility. Loco! The project presumes a vast intellectual, philanthropic, and scientific infrastructural that did not then exist. The only constant is war, and its miserable downstream effects.I am curious to see the results. Yet to be utterly honest, as a fellow for whom nature – via paddle board on Puget Sound a.k.a. the Salish Sea - is a nearly daily fix, any negative findings will clearly be researcher or instrument error! Good for the team. Good for the soldiers and their families. Now let’s not forget to work on undoing the causes of the problem, even as an empowered nature wields it hand.
About the Author: