by John Weeks, Publisher/Editor of The Integrator Blog News and ReportsEditor’s note: This analysis article is not edited and the authors are solely responsible for the content. The views and opinions expressed in this article are those of the authors and do not necessarily reflect the official policy or position of Integrative Practitioner.The True Health Initiative (THI) – a global collaboration of over 400 scientists, researchers and public health professionals from 38 countries -- has fired off a letter to the health ministers from the G7 (Group of 7) nations calling for transformational change in the food industry.  The letter was slated to arrive just as the set of powerful ministers of health met in Milan November 6-7, 2017.  THI called for “radical food system change.”

The letter was sent to the chair of the G7 Health Ministers, Beatrice Lorenzin, the Minister of Health for Italy. THI’s letter quickly declared the problems and announced: “We are calling for actionable policies and directives including, but not limited to, a long term and integrated approach to ensure safe and sustainable food systems, economic measures to reverse the growing dependency on highly processed and unhealthy foods and significant new investment in nutrition education.”The letter went out over the names of THI founder and Yale integrative medicine leader David Katz, MD, MPH and UK physician and medical policy activist Simon Poole, MD. Beneath their names were those of over four dozen from THI’s sterling list of members of its global Council.

In an e-mail for this article, Poole noted that the very publication of the letter by such a broad group of co-signers was already a win. Among THI’s goals is to make clear that, despite the “diet debates,” a very high level of consensus about healthy food and nutrition status exists among advocates of diverse nutrition strategies. The call to move away from present food industry practices is a key area of agreement. Poole found it “particularly powerful … to produce a concise consensus forming an alliance of many THI members and other parties.”The THI team argues a consensus is emerging such as has developed in the similarly contentious realm of climate science. Poor clinical outcomes from current nutrition policies are just one issue. In a subheading they directly announce the systemic harm: “Modern Diets Imperil our Environment.” THI urged the G7 governments “to fulfill their obligations to secure the health and wellbeing of future generations” through these actions:THI was founded in association with the American College of Lifestyle Medicine and supports the Lifestyle Medicine Global Alliance. It presents itself as the global voice for lifestyle as medicine. 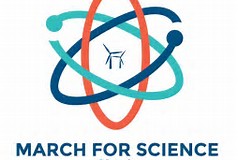 Via e-mail I asked Poole, a UK family doctor with a long history of policy work, if he expected the THI letter will get any attention. Is there a follow-up plan? I shared how when one covers politics in the USA, one sees many good ideas introduced, yet few get a hearing. Is there any potential for this to have any legs?Poole wrote back promptly – stating first a principle of scientific advocacy: “It is good for scientists and physicians themselves to team up and express consensus views that are really important to communicate.” He believes much might be possible. What it takes is to “communicate ideas simplistically enough for politicians and administrators to grasp actionable possibilities.” He added: “It is always worth a try with a press release.”After the G7 health ministers’ meeting, Poole shared that there “are already positive spin offs” from the letter. Stronger linkages for THI are forming with authors of a report cited in the letter. Organizations linked to the others who signed on are sharing interest in further collaboration. He adds: “It was actually a rather good ‘networking opportunity.’”Comment:  The action of THI’s scientists came on the heels of the Global Wellness Initiative’s (GWI) call for a “Wellness Moonshot – A World Free of Preventable Disease.” The THI letter would seem to be one of the calculations needed to guide such an ambitious trajectory. If GWI and THI can begin to have such impacts at a global level, then it would be good that such allied projects be connected. I learned that THI is indeed in touch with GWI’s leaders.In the course of our exchange, Poole expressed a useful perspective about science and activism: “Public intellectuals have a responsibility to be self-critical on the one hand, to do serious, nuanced work rigorously executed; but to also be able to get off those perches and out of those ivory towers and speak to the real people who make decisions; to speak truth to power and the powerless with lucidity and eloquence."One impact of THI’s activism is its model for researchers in integrative health and medicine.  Might the ivory towers in this field find ways to take stronger stances for the science supporting integrative pain strategies, for instance? The Academic Consortium for Integrative Medicine and Health did such work in prompting changes at the Joint Commission’s pain guideline. Yet might the Consortium or the International Society of Complementary Medicine Research, for instance, have stirred up a letter to oppose the lashing the media gave the Samueli Foundation’s $200-million initiative at UC Irvine?There is a welcome urgency in the THI letter that is yet slow to boil in the integrative health research community.
About the Author: