Two integrative health professionals are set to join the National Advisory Council for the National Institutes of Health National Center for Complementary and Integrative Health (NCCIH) as the newest members of the council. RAND corporation senior investigator Patricia Herman, MS, ND, PhD will become the sole naturopathic physician on the Council at the June 2016 NCCIH meeting. Cynthia Price, PhD, LMP will similarly become the only member licensed as a massage practitioner. The National Advisory Council assists the Center in making decisions on roughly $125-million per year of federal research appropriations. The news was made available to The Integrator via separate e-mails from each.

Herman (pictured, right) is widely recognized as the top economist in integrative health and medicine. Her experience uniquely combines professional work in that field with her services as a clinical integrative physician and as a researcher. She received her naturopathic degree from Bastyr University. She chose the University of Arizona for her PhD in psychology program evaluation and research methods. Herman shared with The Integrator that she believed those methods would be closest to what she foresaw as needed in a whole systems approach to examining integrative practice. She first launched on the national scene in 2009 with a paper which she co-authored for the then Institute of Medicine of the National Academies of Sciences entitled Health and Medical Economics: Applications to Integrative Medicine. She subsequently led the most significant systematic review on the cost effectiveness of complementary and integrative medicine and followed that with a how-to-booklet on the topic. 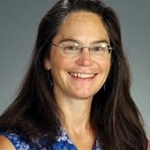 Price (pictured left), whose CV includes education in massage, midwifery, and psychology, earned her PhD in nursing science from the University of Washington. Her research at the University of Washington School of Nursing, where she is currently a research associate professor, is “focused on the study of a mind-body intervention called Mindful Awareness in Body-oriented Therapy (MABT).” She is the recipient of multiple research fellowships. Price has also been a volunteer leader in initiatives to bring massage and other integrative services to the underserved in the Seattle area.The appointments of these two integrative health professionals come as the terms on the National Advisory Council for naturopathic physician Jane Guiltinan, ND and of chiropractor Scott Haldeman, DC, MD, come to an end. Herman and Price will join Christine Goertz, DC, PhD as the sole members from the licensed complementary and integrative health professions on the 18-member National Advisory Council. 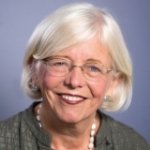 Comment: Good news and not such good news here. First, these two are great choices for the NCCIH’s work. Credit to NCCIH director Josephine Briggs, MD (pictured right) for putting their names forward. Good, also, that the leaders of the Center both at the US Department of Health and Human Services and inside the NIH agreed to support these two nominees. Herman and Price are each members of the Research Working Group of the interprofessional Academic Collaborative for Integrative Health. As such, each participated in the significant work of that multidisciplinary body to move research toward real world and whole systems models. In fact, in 2014, the ACIH - then the Academic Consortium for Complementary and Alternative Health Care, with which I was then involved – submitted 15 CVs to the NCCIH in an effort to alter the mix of members on the Council. Both Herman and Price were on the list. (They may have also each been nominated by others.)Here’s the bad news. The NCIH effort was meant to increase the number of licensed integrative health practitioners on the Council. The effort is based both in a principle of rightful inclusion, and in federal law. According to the NCCIH’s mandate from Congress in 1998, “at least half of the members of the advisory council who are not ex officio members shall include practitioners licensed in one or more of the major systems with which the Center is concerned.” Herman and Price, together with Goertz, amount to 16.6% of the members. This is the same as it has been for the past 3 years. The percent is just a third of the “at least half” recommended by Congress. (Note: Briggs has a view that an MD who does therapeutic touch or hypnotherapy counts. I don’t believe – as she is aware – that such a view would stand close scrutiny of the 1998 intent.)Without appropriate representation, three harmful outcomes can be expected. First, the kinds of research recommended by the ACIH-aggregated fields of chiropractic, acupuncture and Oriental medicine, naturopathic medicine, massage therapy and direct entry midwifery are less likely to be represented in NCCIH priorities. Additionally, support of research in the complementary and integrative health colleges and universities might be expected to shrink. A team from the ACIH led by researcher Martha Menard, PhD, LMT, documents just such a decline in funding from a paltry 6.7% of the awards in 2011 to 2.9% in 2014. (See: Consensus Recommendations to NCCIH from Research Faculty in a Transdisciplinary Academic Consortium for Complementary and Integrative Health and Medicine.)Finally, by limiting the input of researchers from the fields that together represent nearly 400,000 licensed professionals, the NCCIH cuts down on what could be a much richer, interprofessional exchange at the Council. The NCCIH could be breaking down barriers, instead of reinforcing them.Herman and Price are excellent choices. But public health is harmed in both the short and the long term by this failure to invest in the maturation and inclusion of these clinicians, and their institutions, by upping their representation. These clinicians are, after all, the main providers of integrative services. Insurers, hospitals, employers and government agencies would know a lot more about the best use of these practitioners had we only followed Congress’ wishes in the last 15 years as we did in the first 3.
About the Author: