The movement for “integrative” health and medicine reaches around the earth – though sometimes under different names. A recent action from the WHO supports the global character of the movement. Here is that news, plus two not related updates, from India and China.

The WHO’s ongoing engagement of traditional medicine, most significantly through its recent 2014-2023 WHO Traditional Medicine Strategy, has a new look. The website of the initiative now reads Traditional, Complementary and Integrative Medicine. 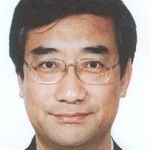 The change was made with little fanfare. Sources close to the activity note that dialogue and debate over naming reaches back at least as far as the development of the strategy. Some promoted its release as the “WHO Traditional and Complementary Medicine” strategy, believing this would be a more inclusive title.

In recent years the Academy of Integrative Health and Medicine (AIHM) and the backers of the World Congress on Integrative Medicine and Health are among the “integrative” initiatives that have sought to build bridges with WHO. The WHO traditional medicine director, Zhang Qi, MD, was invited to integrative conferences in 2016 and 2017 and grew to know the community better. Related international statements with which one groups have been associated, the Stuttgart Declaration on Integrative Health and Medicine and the Berlin Agreement on Self-Responsibility and Social Action in Practicing and Fostering Integrative Medicine and Health Globally each favorably featured the WHO Traditional Medicine Strategy.

The lack of announcement provides little guidance what it might mean. Not everyone in traditional medicine the expansion toward “integrative.” They question it as a potentially worrisome form of colonialism by a dominant, biomedical model.

What will this re-titling mean?  Like most WHO initiatives, what happens will depend on the interests of those who invest. Might a new WHO Collaborating Center on Integrative Medicine spring up?

In a speech at the dedication of the All India Institute of Ayurveda, India’s Prime Minister Narendra Modi set the ground for his comments by lambasting the history of medical colonialism in his country: “During the era of colonization our traditions, sages, farmers, scientists, knowledge, yoga, Ayurveda were ridiculed. They tried to weaken these strengths of our country so much so that even our own people began to lose faith in them.”

But now – especially since he empowered the AYUSH Ministry as a separate agency in 2014 – “the reputation of our superior heritage is once again being established in the minds of the people today.”

Modi noted that, since of the AYUSH Ministry, 65 Ayurvedic hospitals have been established.  Pharmacy standards on over 600 Ayurvedic medicines have been published. He speaks of new employment opportunities related to Ayurveda. He suggests how research on medicinal values of seaweeds, for instance, may open potential for fishermen. He notes a collaboration between the Ministry and Spaulding Rehab Hospital and Harvard Medical School.

Modi ranges widely in his speech. He engages significant self-exploration, questioning some nominally Ayurvedic practices. There are clinics, for instance, dubbed “Ayurvedic Health Centre” where pharmaceutical drugs are prescribed as line of care to meet people’s fast-paced lives. This shows that “the devotion towards Ayurveda is not hundred percent.” 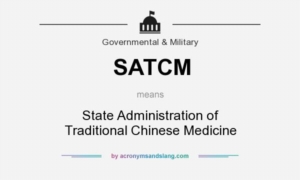 Toward the end of his talk, Modi turns from Ayurveda’s preventive orientation to underscore the value of other prevention programs. He speaks of the importance of cleanliness, then turns the attention of the audience of AYUSH adherents to the nation’s expanding immunization program. He its importance. Modi presents the work of the AYUSH backers as far from done, and not fully proven:

“Today the world is searching for a Holistic Health Care but the breakthrough is still awaited. It is looking up to India and its Ayurvedic and yogic power with a lot of hope and expectation. It is confident that India's experience of yoga and Ayurveda can be used in the welfare of the entire world. India should not lose time now. We should move ahead with this resolution and prove it right.”

(Thanks to Werner Peter Luedemann, , for the link to Modi’s speech.)

Earlier this year, China rolled out its first “white paper” on traditional Chinese Medicine (TCM). The document, which shows the country’s massive investment in the field, is viewed by some as outward facing. While it includes suggested strategies for expanding investment, the white paper has the ring of public relations document, positioning China’s experience as a guiding light for other nation’s that are seeking integrative and holistic models.

New “relaxed standards” for entrance into TCM practice from the Chinese government bring this new focus back home. Documents released by the State Administration of Traditional Chinese Medicine (SATCM) allow TCM clinics to offer solely TCM medical services or to offer a combination of TCM and western medicine.  The educational bar for entrance has also been dropped. Fewer years of “on-the-job training” are required before practitioners can become licensed to work in the clinics.

Notably, for those interested in the balance between TCM and biomedicine in clinics offering both, the new governmental standard requires clinics providing both TCM and western medicine “to prioritize TCM, using it in at least 85 percent of their treatments,” according to a report.  In addition, these clinics are required to cover a total of more than 40 square meters and provide at least 10 square meters per practitioner, on average. All clinics must have plans “to prevent and control infectious diseases.”

Comment:  Very curious what the “integrative” will mean, even as these two most powerful national players in traditional medicine, with their own emerging “integrative” models, continue to joust for leadership globally.