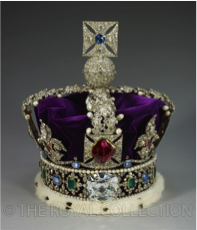 by John Weeks, Publisher/Editor of The Integrator Blog News and ReportsLong-timers involved in the uptake of integrative medicine in hospitals and medical delivery organizations over the past 15 years may feel that reading my recent columns has been like attending a series of wakes. Significant integrative centers, “crown jewels” as one CEO once described their organization’s stand-alone integrative center, have been shut down or severely curtailed: the research department at the powerfully influential Allina/Penny George Institute for Health and Healing; the 6,000 visits-per-month at the Albert Einstein/Continuum Center for Health and Healing; the Banner Health/Arizona Center for Integrative Health. Each has seen its doors slammed.But why is this? I have recently spoken with multiple integrative health leaders about these changes. One consensus point is that while some sort of transition in the field may be underway, concern for “the movement” is misplaced. Integrative medicine in major medical delivery organization is still picking up steam. New centers are opening. New models are emerging. (More on that in a future piece.) The effort here is to share insights into why these and other centers have, to put it in kindly, been “sunsetted” by their sponsoring organizations. 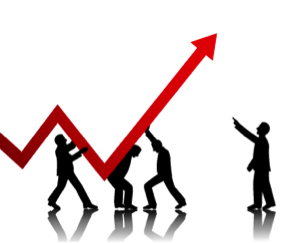 A top consideration is that the “bottom-line” for any “service line” of a delivery organization is not a summation of fixed measures that come down from some economic god. For instance, a primary care clinic owned by the organization is likely to run at a loss. Yet, the CEO and the others in the C-suite of the delivery organization may be comfortable with that.These outpatient, community centers are funnels that river patients into their lucrative inpatient services. In business talk, primary care clinics are “loss-leaders.” In the first era of significant hospital-primary care consolidation during the 1990s Clinton-era reform, one study found that for every $1 of primary care there are $2-$6 of revenue from these upstream referrals. The effective “bottom line” for the primary care practice is re-calculated accordingly. Hospital costs to manage primary care may run a deficit yet from the view of the referral to the hospital, the primary care is profitable.Secondly, most of what is done in mainstream medicine is floated by a significant amount of philanthropic investment. Where the institution chooses to invest unrestricted donations or host galas can float a boat. Withdrawal of such support may as well be a well-placed torpedo locked onto the bow of a program that falls out of favor.

One way this whimsy toward philanthropic dollars can play out for integrative medicine is that a CEO championing integrative medicine can invites the integrative center’s leadership to “mine” the organization’s donor lists. Hospital development personnel can be assigned to support programs to fund integrative medicine. Introductions are made. Relationships are facilitated. The integrative initiative may be blessed by the C-suite as fulfillment on the organization’s expressed mission to be more “patient-centered” or responsive to consumers. “Integrative medicine” thus viewed is part of the organization’s move from its typical volume-centered industrial decision-making toward “value-based medicine”. Investing in integrative medicine is then an exciting, front-line strategy to fulfill on core mission.Change the CEO, or the circumstances, and these spigots can be turned off just as a bad strip can leave one broke at a cash machine. Go develop your own base of funders. But if you find a prospective philanthropist, let us know because if the person is part of our multi-year wooing for an upcoming capital campaign, hands-off. Access to this critically needed resource—not just for integrative care but for much medicine—especially given the relatively high overhead in facilities owned by the delivery organization, may be cut off. 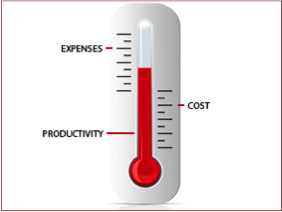 The practical assessment of overhead on one’s balance sheet, as referenced above, is another area where a change in personnel can batter the apparent bottom line. Operations seeking to “run in the black” can suddenly see the list of expenses for which they are deemed accountable multiple. A supportive CEO can say, “heck, we already had that space built out” and therefore charge little or nothing for rent. The integrative center may—or may not—have a portion of institutional overhead for system-wide functions, such as development, communications and liability appear among its costs. Change and the expense side of the ledger can suddenly sky-rocket with a few clicks on an excel spreadsheet. What was looking golden, or at least ballpark break even, can suddenly look like a sinkhole.The third area of influence that emerged in these conversations regards context and policy. In the ramp-up to Obamacare’s projected future, CEOs were envisioning “accountable care” based in networks of “patient-centered health homes.” The volume-based system with its perverse incentives to continuously do more is an utter misfit with the human-based, time-intensive, integrative practices and practitioners for whom the big money, such as it may exist, is in saving money. The movement from volume to value was felt as an alignment by integrative leaders and CEOs alike. If the sponsoring organization is speeding production in an relative value unit system for measurement of success, the integrative center can easily become road kill. Value in researching the center’s potential contributions to a new era of value-centered care evaporates. 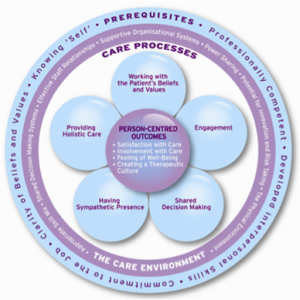 While integrative centers have some of the potential downstream revenue generation that buffets losses in hospital-owned primary care clinics, even here the multipliers for downstream cash value are off in integrative centers.In short, the revenue multipliers from referrals for imaging, surgery, inpatient care and high-end procedures will be less attractive to the CFOs trying to maximize their own income over expense scorecards. In two of the three centers mentioned at the top of this article, system mergers brought new leadership that was disinterested in integrative care, and pulled the plug. In the third, at Allina, a re-set occurred amidst a decline of philanthropy after a supportive CEO left.In my writing and speaking on the history of the 50-year movement for integrative health and medicine, I refer to the era that birthed the Continuum Center for Health and Healing, and the Penny George Institute, as Era #3: Non-Integrated Integration. The Arizona Center exemplified these character traits. The present era, while new stand-alone centers are still emerging here and there, is typically birthing more deeply imbedded, “convergent” models. What was outside is moving toward the core. This can be a good thing.Click here to read John's latest articles.
About the Author:

Lori Knutson and the convergence of $10-Million and cultural creativity at Hackensack-Meridian Integrative Health and Medicine: Part 1