The Dalai Lama and the Neurophysiology of Health and Compassion

Richard Davidson, PhD and the Science of Well-being 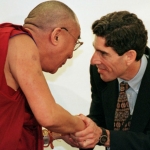 “The Dalai Lama has sort of been our Inspirer in Chief,” shared University of Wisconsin neurologist and mind-body scientist Richard Davidson, PhD. The Dalai Lama first visited Davidson’s center in 1991. At the time, he urged Davidson to shift his scientific work away from pathology and charged him to accentuate the affirmative and focus on the neurophysiology of health, compassion and well-being. Now, following a recent 10th visit to Wisconsin, Davidson offered the opening plenary at the most significant international meeting on the science of integrative medicine and health.The venue was the 2016 International Congress on Integrative Medicine and Health and was sponsored by the Academic Consortium. The Congress drew over 800 attendees from 29 countries who viewed over 450 poster presentations and two dozen presentations that had been selected from nearly 250 submitted from around the globe. Davidson, who runs the University of Wisconsin’s Center for Healthy Minds, opened the gathering with an extraordinary review.“My life went through an orthogonal rotation” – defined as rotating the axis to give a different perspective – “when the Dalai Lama invited me to use the tools I had to study kindness, compassion and the virtuous qualities of the mind.” He reflects: “We didn’t have measures.” Now, as he demonstrated in a presentation on “Wellbeing as a Skill,” he demonstrated how far we’ve come: “Fundamentally, well-being is not different than any skills you might learn. If you practice you get better.” 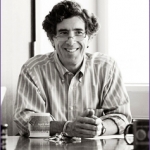 Davidson proceeded to share four key scientific developments, “themes that place us in this moment” of new understanding:Davidson then turned to what he called the “four neuroscientifically, fully-accepted constituents of well-being”: Don’t Worry, Stop Multi-TaskingDavidson recommended the World Happiness Report 2015 – the third in a series – as an available online resource to those interested. The document “reviews the state of happiness in the world today and shows how the new science of happiness explains personal and national variations in happiness.” Davidson emphasized that a powerful element in well-being is compassion: “Compassion takes less of a dose to produce a significant response than does resilience, which is harder.” It’s not the same as empathy, he added. “Empathy is not necessarily a state that is good for well-being. Compassion, yes. You don’t get compassion burnout. You can get empathy burnout.” 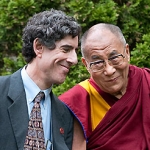 Comment: If anyone in the audience wondered whether there might be content in this Congress to immediately take home and apply, Davidson’s opening plenary answered that. Don’t Worry Stop Multi-tasking doesn’t quite have the ring to it of Bobby McFerrin’s 1988 anthem, but it is clear and actionable.What a remarkable relationship between Davidson and his Inspirer in Chief. He took Davidson out of medicine’s comfort zone of pathology and elevated his sights – our sights - toward where we want to go: this remarkable path to health and well-being.
About the Author: