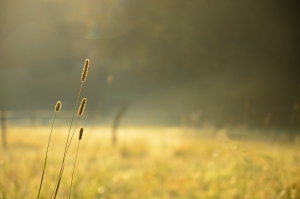 When individuals recently diagnosed with HIV were coached to practice skills to help them experience positive emotions, the result was less HIV in their blood and lower antidepressant use, according to a new study conducted at Northwestern Medicine.This is believed to be the first test of a positive emotion intervention in people newly diagnosed with HIV. Based on the study results, the intervention is promising for people in the initial stages of adjustment to any serious chronic illness.The paper was recently published in the Journal of Consulting and Clinical Psychology. The study, based in San Francisco, included 80 primarily male participants who were taught a set of eight skills over five weekly sessions aimed at helping them experience more positive emotions. The study also had 79 control group participants.Researchers designed tools based on evidence showing particular skills increase happiness and positive emotions. Skills taught included recognizing positive events and logging them in a journal, starting a daily gratitude journal, listing personal strengths, completing small acts of kindness, and practicing mindfulness with a daily 10-minute breathing exercise, concentrating on the breath.Fifteen months after the interventions, 91 percent of the intervention group had a suppressed viral load compared to 76 percent of the control group. In addition to the potential benefit of a lower viral load on the infected person, there may be public health benefits, according to lead author Judith Moskowitz, professor of medical social sciences and director of research at the Osher Center for Integrative Medicine at Northwestern University Feinberg School of Medicine.The reduced viral load may be because of a stronger immune system, or may be the result of participants’ better adherence to their antiretroviral drug therapy, which generally leads to a suppressed or undetectable viral load, says Moskowitz.The positive emotion intervention also improved mental health. At baseline, about 17 percent of the control group and intervention group reported being on antidepressants.  Fifteen month later, the intervention group was still at 17 percent but the control group’s antidepressant use rose to 35 percent.Click here for more information on the study.
About the Author: