Sugar and cancer: The relationship between diet and chronic disease 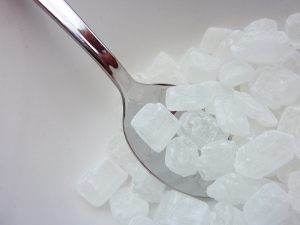 Does sugar cause cancer? It’s a question posed by many as the anti-sugar movement grows in influence and researchers delve into its effects on the body. It’s widely known that sugar is the driving force behind diabetes and obesity epidemics, and may contribute to development of many chronic diseases. But, does sugar, in its many forms from fine to powdered to corn syrup, actually cause cancer?The short answer is no, according to Memorial Sloan Kettering Cancer Center President and CEO, Craig Thompson, who studies the relationship between metabolism and cancer. He says internet claims like “refined sugar causes cancer” and “cutting sugar from the diet can treat cancer” are all too common, and completely incorrect. This is unfortunate because there is real science out there regarding diet and cancer, and we need to sort out the fact from the fiction, he says.Sugar alone doesn’t cause cancer—sugar does, however, cause obesity, which increases an individual’s risk of developing cancer. The abundance of simple carbohydrates, and sugar in particular, in an individual’s diet puts them at risk for developing obesity, says Thompson.Obesity is the result of an individual eating more calories than they burn over a period of time. More than one-third of U.S. adults, roughly 36.5 percent, have obesity, according to the Centers for Disease Control and Prevention. Obesity can lead to a host of other conditions, including heart disease, stroke, type 2 diabetes, and certain types of cancer, some of the leading causes of preventable death.A number of people assume that body fat comes from eating fat, which, though seemingly logical, researchers have proven to be untrue. The body burns fats relatively quickly for energy. The fats that most people put into their fat cells are largely from carbohydrates, evidence that some special interest groups, including the sugar industry itself, have attempted to prevent.The sugar industry began working closely with nutrition scientists in the mid-1960s to single out fat and cholesterol as the dietary causes of coronary heart disease, and to downplay evidence that sucrose consumption was also a risk factor. An analysis of those papers by researchers at the University of California San Francisco appeared in the September 12, 2016 edition of JAMA Internal Medicine.Many people tend to overconsume simple carbohydrates because they are cheap, since they’re easy to produce. In fact, the U.S. Department of Agriculture put carbohydrates at the bottom of the food pyramid, not based on science, but based on the nation’s ability to produce a lot of it cheaply, says Thompson.Fat cells are not just storage, they are signaling cells, too. This means that, through the hormones they produce, fat cells can regulate inflammation in the body. Inflammation is a natural response to infection or injury. Inflammation also makes it more likely that the DNA of cells that survive will be damaged, which increases the chances that a cell might turn cancerous. Researchers have increasingly found that cancer grows out of areas of regeneration and repair, where there’s likely to be inflammation.Carbohydrates also increase insulin levels. While it would be a good thing if people produced less insulin, it’s not the cause of the cancer-as-a-result-of-obesity problem, which has to do with too much caloric intake and little to do with abnormal insulin signaling.It’s true that sugar feeds every cell in our body, even cancer cells. But, research shows that eating sugar doesn’t lead to cancer, but rather what sugar does to your waistline that can lead to cancer. The idea that cancer cells can become “addicted” to cancer is an outdated notion known as the Warburg effect. A German scientist, Otto Warburg, noticed that tumor cells tended to consume more glucose. Although the cancer cells were consuming massive amounts of glucose, they weren’t taking advantage of the most efficient method of harvesting energy from it, which is to burn it using oxygen in the mitochondria. Instead, they converted the glucose to lactate, leaving much of the energy untapped. Warburg assumed that cancer cells must have a defect in their mitochondria, which has since been proven wrong. Tumor cells possess functional mitochondria and rely on them for energy in some situations.Human bodies do not let blood glucose drop below a certain number. Eating less sugar will make the body use its remaining resources to produce the glucose on its own. Therefore, it’s impossible to “starve” cancer of sugar just by changing your diet, Thompson says. The key to a lifestyle that can manage or prevent cancer and other diseases is eating a balanced diet that avoids too many carbohydrates, especially refined carbohydrates that lack fiber and other foods with added sugars.
About the Author: