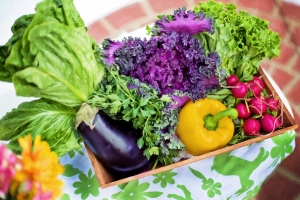 Micronutrients could reduce brain and memory impairment caused by stress in early childhood development, according to a study conducted in collaboration between the University of Amsterdam, the University Medical Center Groningen, and the Academic Medical Center.The study found giving a micro nutrient blend of stress-defending methionine and B vitamins led to some neuroprotection in young mice. The results highlight benefits of nutrition, particularly during the early years of mental and cognitive development, as well as possible nutrition interventions for child abuse, neglect, or trauma victims.Researchers restricting the amount of material available to female mice to build nests, which, in turn, restricted the amount of time spent with their offspring and induced stress. A control group of mice were given plenty of nest material an, as a result, were able to spend much longer periods of time with their babies.Half of the “stressed mothers” were given nutrients the body is unable to produce on its own—vitamins B6, folic acid, and B12, as well as amino acid methionine. The stressed mice that were not given the supplements produced offspring that had an increased hormonal response to stress, along with reduce methionine levels in their brains.However, offspring produced from stressed mothers given the supplementation exhibited a lower hormonal stress response and had higher methionine levels in the brain. As adults, they performed better on several memory tasks when compared to early-stress exposed mice whose mothers did not receive a nutritional supplement.The findings, according to the report, are similar to breastfeeding in human babies, where brain development is at its most rapid. In 2010, the Journal of Pediatrics published an article that suggests breastfeeding may affect children’s and adolescent’s mental health. When this period is disturbed by stressors, it can affect people into adulthood.It’s unclear whether stress-exposed mothers produced less nutritious milk or if absorption in the body or brain of young mice was impaired, according to the study.The fact that nutrients can influence impaired brain development deriving from stress in early childhood is hopeful, according to Dr. Aniko Korosi, co-author of the study. This study opens doors for researchers to look at targeted nutritional interventions for children who grow up in stressful circumstances.
About the Author:

Poverty, crime linked to differences in brains of newborns

Supplementation with selenium protects against diet-induced obesity, may extend lifespan