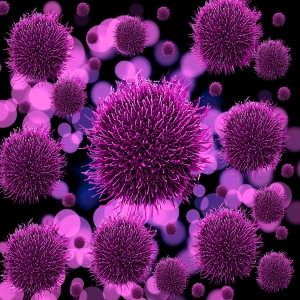 Patients with inflammatory bowel disease (IBD) are more likely to see dramatic shifts in the community of microbes in their gut than healthy people, according to a study published February 13 in Nature Microbiology. The results could help physicians and scientists understand the disease more fully and potentially offer new ways to track the condition and monitor patients.A team of researchers from Sweden, Spain, Germany, and the United States looked at 137 people for two years.  Participants included patients with ulcerative colitis, colonic Crohn's disease, ileal Crohn's disease, and healthy controls. Physicians collected fecal samples from patients every three months for up to two years and monitored patients' symptoms. Overall, 683 fecal samples were collected. Scientists then used genetic sequencing technology to identify the microbes in the samples.While researchers have known that there are differences in the bacteria and other microbes that make up the gut microbiome in IBD patients, this is one of the largest studies to watch the microbiome over a period of time. The findings indicate that the biggest difference in the microbiome of patients is the way it fluctuates, what the researchers call "volatile dysbiosis," the report said.The team found that in healthy people, the gut microbial community is much more consistent over time than in patients with IBD. Patients with IBD have dramatic shifts in their microbiomes, with some bacteria disappearing almost completely at times, something that rarely happened in the healthy people studied. In some IBD patients, more than half their microbiome was displaced by other microbes in just a few months. The biggest swings were seen in patients with ileal Crohn's disease who had part of their intestine removed to alleviate their symptoms.The scientists also noted that changes in medication to treat the disease affected the microbiome. For example, patients who had taken steroids as part of treatment had more fluctuations in their microbiome than patients who had not. Additionally, patients who were experiencing a flare-up in their symptoms were more likely to have dramatic fluctuations in their microbiome.Researchers say the findings might one day contribute to the diagnosis of patients or allow physicians to follow the course of the disease and track the effectiveness of medication in patients more closely. Click here for more information.
About the Author: