In the late 1990s, a political priority of chiropractors in the United States was to find a way into the Veteran’s Administration as service providers. The time was adversarial. Congressional mandates were resisted by VA medical personnel. The chiropractors’ bipartisan group of powerful Congressional advocates pushed back. A recent study in the Journal of Manipulative and Physiological Therapeutics (JMPT) suggests that the era of antagonism is resolving. As compared with 2003, integration of chiropractic in the care of the nation’s veterans has jumped across an array of critical markers. 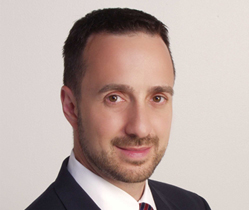 The study was led by Anthony Lisi, DC (pictured), the VA’s director of chiropractic service. It is entitled “Trends in the Use and Characteristics of Chiropractic Services in the Department of Veterans Affairs.” Key findings from the study show that the:In addition, as noted in the media release from the American Chiropractic Association, both “female and younger patients received chiropractic care at VA clinics at a greater rate than the national VA outpatient population.” According to the authors, this “tendency is consistent with [what is known about] the cohort of veterans from the recent conflicts in Iraq and Afghanistan, which is known to have a high prevalence of musculoskeletal conditions.”

The researchers also reported that the typical VA chiropractor employee is a 45.9-year-old man who has worked in VA for 4.5 years, and “receives annual compensation of $97,860.”  Beside the chiropractic services in VA clinics, the VA also “purchased care from private sector chiropractors” starting in 2000. In 2014, the totals for these community-based services were 159,533 chiropractic visits for 19,435 unique patients. The outlay for the external services rose to $11,155,654 annually.Comment: When the chiropractors were first shouldering their way via Congressional mandate into the VA, the chair of the VA’s chiropractic advisory committee was the present president emeritus of Southern California University of Health Sciences Reed Phillips, DC, PhD (pictured).In a

gathering in 2004, Phillips used a terrific image to describe the first, tentative meetings of chiropractic educators and researchers with their medical counterparts on the other side of the VA’s bargaining table. He recounted that when the representatives of the two parties first entered the room, virtually everyone was demonizing the other. Then, Phillips said, “once we got to know each other and saw that we all had the same interest in helping patients” – he then raised his pointer fingers up to each temple, then slowly lowered them – “then the horns retracted.”The work is not done. A 2015 bill, for instance, sought to ensure that there would be chiropractors in “no fewer than 75 medical centers by December 31, 2016, and (2) all medical centers by December 31, 2018.” The doors of change are still not fully yielding.Side-note: It is interesting to see the way that the  American Chiropractic Association’s description of chiropractic used in the media release: “Doctors of chiropractic – often referred to as chiropractors or chiropractic physicians – practice a hands-on, drug-free approach to health care that includes patient examination, diagnosis and treatment primarily of disorders of the musculoskeletal system and the nervous system, and the effects of these disorders on general health. Chiropractors have broad diagnostic skills and are also trained to recommend therapeutic and rehabilitative exercises, as well as to provide nutritional, dietary and lifestyle counseling.” The description positions the field with a breadth of responsibilities far beyond the public’s perception of back-crackers.
About the Author:

Is neuromusculoskeletal medicine a chiropractic specialty?