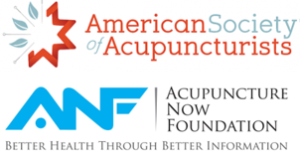 by John Weeks, Publisher/Editor of The Integrator Blog News and ReportsAmidst the United States’ unabated crisis of opioid over-reliance, scientists involved in a series of national and policy documents and guidelines – listed here - have concluded from evidence reviews that acupuncture belongs among the “non-pharmacologic” approaches to pain. Now a 20-page white paper from 6 acupuncture organizations is arguing that, when it comes to non-pharmacological approaches to opioids, evidence for acupuncture is the best among equals against the ravages of the addictive pharmaceutical agents.The 20-page paper is entitled “Acupuncture’s Role in Solving the Opioid Epidemic:  Evidence, Cost-Effectiveness, and Care Availability for Acupuncture as a Primary, Non-Pharmacologic Method for Pain Relief and Management”. The paper was produced through the Joint Opioid Task Force established by the Acupuncture Now Foundation and the American Society for Acupuncture. The Task Force is chaired by Bonnie Bolash, MAc, LAc.The interdisciplinary team of writers and reviewers includes 5 medical doctors, 4 of whom are licensed acupuncturists. Prominent on both lists is Mel Hopper Koppelman, MSc, who heads the Acupuncture Evidence Project on which the Joint Task Force team appears to have relied.The document lists 5 pain conditions and three other conditions for which there is “evidence of positive effect.” The team also chose to use the paper to publicize some non-pain conditions where there is “evidence of potential positive effect.” Of 38 in this category, 12 appear to be specifically pain-related and 26 now strongly connected to the opioid dialogue. Thus, there is a total of 17 pain conditions with potential or better evidence for pain conditions.  One segment specifically examines studies in which the researchers focused on the value of acupuncture in reducing “opioid-like medications.”

The authors then turned their attention to the barrier that can still limit access: cost. “Acupuncture’s Role in Solving the Opioid Epidemic” guides decision-makers to 10 conditions with “demonstrated evidence of cost-effectiveness” for acupuncture. Of these, 6 are specifically pain-related: low back pain, migraine, chronic neck pain, osteoarthritis, dysmenorrhea and headache.Section 6 of the document asserts the evidentiary primacy of acupuncture among non -pharmacologic approaches under the sub-heading: “Among most non-pharmacological managements for pain relief now available, acupuncture therapy is the most effective and specific for opioid abuse and overuse.” The authors write:“There are several forms of non-pharmacological managements for acute and chronic pain, including physical therapy, spinal cord manipulation, yoga, tai chi, and cognitive behavioral therapy. Among these therapies commonly recommended by medical authorities, acupuncture is the most specific in targeting the endogenous opioid system. There is more evidence that acupuncture can induce endorphins to cope with acute and chronic pain in basic research than for any other non-pharmacological approach for pain.”The study includes useful estimates of the size of the acupuncture practitioner community. The writers place the number of licensed acupuncturists at 28,000, estimate the number of medical doctors trained in acupuncture at 10,000 and share that 25,000 individuals have been trained in the NADA ear acupuncture protocol. In short, a good-sized workforce.

Joining the ANF/ASA in endorsing the white paper, and listed on the masthead, are the American Alliance for Professional Acupuncture Safety, American TCM Association, the American TCM Society, and the National Federation of TCM Organizations. Guiding the ANF and ASA, the Joint Task Force partners, are Mathew Bauer, LAc and David Miller, MD, LAc, respectively.Comment:  This is another in a series of public policy interventions on behalf of acupuncture led by the ANF-ASA collaboration. This includes the 2016 response to the draft CDC Guidance for Prescribing; the research that backed up my article AMA, Other Leading Medical Organizations Urge Insurance for Non-Pharma/Integrative Pain Care; and the ANF protest against a biased back-pain guideline issued by the UK government that failed to include acupuncture despite high evidence of effectiveness versus usual care.  In short, a continuous pattern of responsive advocacy – I’m guessing virtually 100% volunteerism-based -- such as the acupuncture community has not had for much of the prior two decades. The time has been ripe for acupuncture throughout the whole integrative period, though never more than now.One place I take issue. The document would have been stronger had it focused only on the evidence for pain conditions where opioids or at least other analgesics are often prescribed. After one is invited into the white paper through a portal over which the opioid crisis is flashing, the argument is diminished by mixing in evidence of acupuncture for such conditions as dry eye, restless leg syndrome, and insomnia. Similarly, one seeking guidance on acupuncture’s cost-effectiveness in opioid-related conditions might wonder at how allergic rhinitis and post-operative nausea are being discussed. Perhaps this was a decision to say now that we have your attention, here’s what else we can do. It read to me like a kind of insecurity - a decision to throw the whole kitchen sink of evidence at readers. In either case, the document would have been stronger had it focused in more tightly on its subject. All in all, very pleasing to see. Kudos!Editor’s note: This analysis article is not edited and the authors are solely responsible for the content. The views and opinions expressed in this article are those of the authors and do not necessarily reflect the official policy or position of Integrative Practitioner.
About the Author: