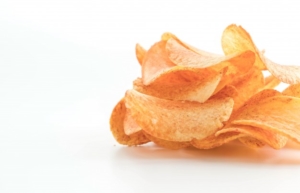 Trans fat policies have led to a decline in its availability in the global food supply, according to Rutgers School of Public Health professor Shauna Downs and colleagues from universities worldwide in a report announced on February 8. Although all forms of trans fat regulation have proven to be effective, trans fat bans have the potential to make the largest impact on cardiovascular disease rates worldwide.The World Health Organization (WHO) has called for the elimination of trans fat, also known as trans fatty acids, from the global food supply to prevent heart disease, the world's biggest killer. Although only a handful of countries worldwide have taken steps to regulate it, its removal from the food supply has been identified as a "best-buy" public health intervention.Small amounts of trans fat are naturally occurring in some animal products but the main source is industrially produced partially hydrogenated oils (PHO) used primarily in fried snacks and bakery products. Consumption of these fats increases the risk of non-communicable diseases such as cardiovascular disease.The trans fat policies studied included voluntary self-regulation as well as mandatory measures, such as labeling and national trans fat bans. While all three of these approaches led to decreases in trans fat consumption, bans were the most effective. In countries that have mandatory trans fat labeling, such as the United States and Canada, there have been significant reductions in trans fat in the food supply but amounts remain high in some foods. The foods that contain high levels of trans fat also tend to be cheaper than their trans fat-free counterparts, which could exacerbate existing health disparities.Reducing trans fat in the food supply will reduce the burden of cardiovascular disease deaths, especially in the most socioeconomically vulnerable groups, says Downs. Trans fat bans are likely the most successful, economical, and equitable approach to reduce its consumption worldwide."While some of the government policies we studied imposed voluntary self-regulation and others took mandatory measures, such as labeling, trans fat bans proved to be the most effective policies for removing trans fats," according to lead author of the study Downs. "This study highlights the need for countries such as the United States to move forward with stronger trans fat regulation."
About the Author: