The role of zinc and magnesium in depression 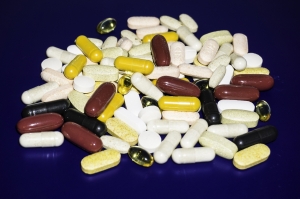 Though micronutrient deficiencies were presumably thought to occur in more developing countries, micronutrient depletion has become more prominent in industrialized nations, as poor dietary patterns marked by excess sugar and processed food intake lead to an epidemic of modern-day malnutrition.Research shows minerals support key functions in mood disorders, including neuro­ transmitter synthesis, cellular metabolism, and immunocompetence, and studies indicate nutrients can play a significant role in an individual’s mental health status, according to a report by James Greenblatt, MD, Winnie To, BS, and Jennifer Dimino, MS. Whether poor nutritional status is a cause or effect of poor mental health continues to be debated, however, the prevalence of poor nutrition among depressed patients is indisputable.Nutritional deficiencies have frequently been associated with the incidence and increased risk of depression symptoms. In a population study that included 13,486 children and adolescents, excess consumption of low nutritional content foods was correlated with increased aggression, violence, and psychiatric distress. Other studies indicate a positive correlation between rates of depression and poor nutrition. One looked at 184 elderly individuals, and researchers found that up to 50 percent had nutritional inadequacies and comorbid depression.Current research illustrates the vast array of mental health complications that may arise because of micronutrient deficiencies, including impairments in cognitive function and effects on brain morphology, and disruption of neurochemical pathways. Micronutrients are vital in enzymatic reactions responsible for neurotransmitter synthesis and preservation, and mineral deficits have been identified in the pathophysiology of depressive symptoms, according to the report.Minerals are essential in the enzymatic activation of brain-derived neurotrophic factor (BDNF), a protein that regulates neuronal plasticity and promotes the maturation and differentiation of new neurons in the he CNS and the peripheral nervous system. Animal studies show that stress can reduce BDNF expression and activity in the hippocampus, and clinical studies show lower serum levels to be lower in depressed patients, the report says. Augmentation strategies that can facilitate BDNF expression have been emerging as an area of interest among researchers, and zinc and magnesium have quickly made it to the top of the list.Zinc is one of the most abundant trace minerals in the brain and supports several physiological functions. It activates the CNS and the peripheral nervous system. The bioavailability of zinc can influence CNS function through a variety of mechanisms, and diets scarce in zinc have been known to result in behavioral disturbances and diminished brain function. Researchers looked at 1,643 depressed patients and 804 control participants showed that peripheral zinc concentrations were lower for depressed patients. Studies found that pairing a zinc supplement with antidepressant therapy can be a more effective method of treating patients with major depression.On the other hand, magnesium acts as a central regulator of the metabolism and modulator of calcium and potassium transport. Like zinc, magnesium is critical for enzymatic, hormonal, and neurotransmitter processes. Evidence suggests that magnesium can mitigate depressive symptoms, whereas magnesium insufficiency may aggravate stress responses. The repletion of magnesium levels is often associated with improvement of symptoms typically following antidepressant therapy or recovery from depression. Studies also distinguish magnesium as an effective adjunct in the treatment of depression and anxiety; in these settings, it modulates stress response mechanisms, the report details.Depression is a disabling, chronic illness: the majority of patients have unresolved symptoms despite first-line antidepressant treatment. Minerals are vital in achieving optimal cognitive function. Inadequate levels of zinc and magnesium have direct, observable effects on biomarkers of mood and behavior. Targeted mineral supplementation has the potential to augment treatment response and yield improvement in clinical symptoms. Adjunctive use of nutraceuticals may improve the therapeutic efficacy of pharmacological treatment by modulating underlying neurobiological mechanisms. Additional research studies that evaluate micronutrient therapy in large-scale populations will help strengthen understanding of the clinical application of minerals in the treatment of depression.
About the Author:

How the gut microbiome affects mood