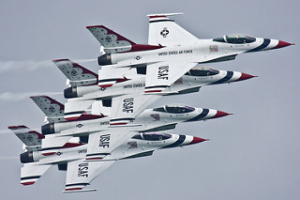 by John Weeks, Publisher/Editor of The Integrator Blog News and ReportsEditor’s note: This analysis article is not edited and the authors are solely responsible for the content. The views and opinions expressed in this article are those of the authors and do not necessarily reflect the official policy or position of Integrative Practitioner.On February 23, 2018 the Chief of Staff of the Air Force, General David Goldfein stood before a huge hall for his keynote at the Air Force Association's Air Warfare symposium. His subject, as described in this Facebook posting of the speech, was “how we as a force can integrate new ideas to move forward.”To make his point, Goldfein put the story of “battlefield acupuncture” side-by-side with the Wright brother’s experimentation with flight. Goldfein wrapped the Air Force’s future success around it’s ability to respond to innovation and integrate the new. He began and ended his talk highlighting the work of Richard Niemtzow, MD, PhD, MPH to “bring battlefield acupuncture to the point of injury” as his principal example.Goldfein had a personal story behind his narrative. He started his 45-minute speech by telling his audience he thought he should explain “what’s with the weird speech, and the crooked face.” Amidst a stress-filled, 18-day tour of installations in the Pacific, he’d awakened a few days before his talk with Bell’s Palsy. 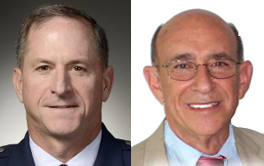 After remarking that every challenge is an opportunity, Goldfein shared that he’d learned that “the best treatment for this condition is acupuncture.” Niemtzow – editor-in-chief of Medical Acupuncture and perhaps most importantly, “an airman himself” – was traveling with General Goldfein and treating him.Goldfein’s thesis was that “in today’s complex global security environment, it is not the best ideas but who can act on these ideas and bring them to the front-line” that will win out. Victory “goes not to the innovator but to the rapid integrator of ideas that outpaces our adversaries.”That Goldfein is speaking of military ends becomes evident as he shares his argument for how the Air Force must “thrive in the revolution” of change around them: “How do we continuously re-design ourselves  in a dynamic new era to embrace change to stay ahead of our adversaries and bring increasingly lethal and credible military options to our civilian leaders and the service that is responsible for global vigilance, global reach and global power for America.” 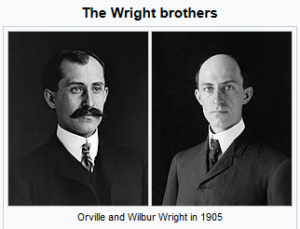 Goldfein expresses concern that the bureaucracy of the Air Force may be holding innovation back. The Wright Brothers asked government for support and were turned away. The story of a failure of bureaucracy to respond “could be told 100 times.” He thinks that perhaps the “next idea is trying to break through the bureaucracy” and that perhaps someone is giving up – “that is we don’t have people willing to push against the frozen middle” good innovations will be stifled.Goldfein turned to the example of Neimtzow’s work: “If we don’t have a bunch of people to push against the frozen middle to get battlefield acupuncture to the point of injury it won’t happen. It’s time for us to give these ideas an audience and incubate the most prominent, and then we have to take those ideas and integrate them to best effect.”The Air Force general drew a closing laugh with reference to his Bell’s Palsy, to Neimtzow’s exemplary work, and also to the other innovations he wishes to see integrated, fast: “I believe the next set of Wright Brothers equivalents are in this room right now. I am looking at you right now with my one good eye and I am telling you as your chief let’s get after it and don’t quit.”(Note: General Goldfein’s comments on Neimtzow’s work begin a 6:37 of his talk and then he returns again at 45:45.)
About the Author: