by John Weeks, Publisher/Editor of The Integrator Blog News and ReportsIn 2000, David Sobel, MD, MPH, then a physician at Kaiser Permanente Northern California in Oakland, published a short commentary in The Journal of the American Medical Association (JAMA) called, “Mind Matters, Money Matters: The Cost Effectiveness of Mind-body Medicine.” In the article, Sobel noted a smattering of clinical studies of effectiveness from mind-body’s “relatively low-cost interventions.” One study directly indicated cost savings. In partial answer to his own rhetorical question about why there had been “little investment in such integration” despite evidence, he suggested that the answer was incomplete data.

A 2017 study led by Patricia Herman, ND, PhD, a RAND clinician economist, and recently published in the journal, Spine, is a spike in the coffin of those who doubt Sobel’s thesis. In the report, “Cost-Effectiveness of Mindfulness-Based Stress Reduction [MBSR] vs Cognitive Behavioral Therapy [CBT] or Usual Care among Adults with Chronic Low-Back Pain,”Herman and a team, which included Daniel Cherkin, PhD, a top back-pain researcher, reached the following conclusions:What accounts for the additional reductions in healthcare costs? In a column written for the newsletter of the Kaiser Permanente Washington Heath Research Institute, Cherkin conjectured,  “Evidently these interventions have potentially wide-ranging health impacts, because they may change how people perceive pain.”The study subjects were insured members of the Seattle-based Group Health Cooperative, an HMO-style insurer that has since become part of Kaiser Permanente. Herman’s economic analysis followed publication in JAMA in 2016 by Cherkin and his team, which included his long-time research partner Karen Sherman, PhD, discussing results of a study showing the clinical effectiveness of the two interventions relative to usual care. The research work was engaged through what is now the Kaiser Permanente Washington Health Research Institute.Herman and the team measured costs from both the insurer’s perspective and a broader “societal” viewpoint. The latter includes measures related to such things as the potential influences of the intervention on absenteeism and a productivity indicator called “presenteeism.” It also included a decision to examine the relationship of these interventions to total medical costs, and not just those directly associated with backpain.Findings were different for the two interventions.  For instance, CBT showed an increase in back pain-related healthcare cost relative to usual care, while MBSR reduced back pain-related costs by $127 per participant participant across one year versus usual care. MBSR reduced total healthcare costs to the payer by $982 per participant. Yet, while CBT did not show cost savings, CBT’s clinical gains combined with the cost profile still led to a conclusion of cost-effectiveness.The researchers point to the critical importance of widening their lens to look at the impact of these mindfulness interventions on total healthcare costs rather than reducing the inquiry to solely back related cost. “These [non-back, pain-related] savings would have been missed if only back-related healthcare costs were measured,” according to the report.Comment: In 2010, members of back-pain expert Cherkin’s team followed the signal of informal comments from backpain trial participants about certain surprising side effects of their integrative treatments. In “Unanticipated benefits of CAM therapies for back pain: an exploration of patient experiences,“ the team opened a whole system lens on treatment impacts. They found the following:"Our analysis identified a range of positive outcomes that participants in CAM trials considered important but were not captured by standard quantitative outcome measures. Positive outcome themes included increased options and hope, increased ability to relax, positive changes in emotional states, increased body awareness, changes in thinking that increased the ability to cope with back pain, increased sense of well-being, improvement in physical conditions unrelated to back pain, increased energy, increased patient activation, and dramatic improvements in health or well-being. The first five of these themes were mentioned for all of the CAM treatments, while others tended to be more treatment specific.”Credit this study team for again opening the lens to not only look at costs associated with back pain but also other healthcare costs. The researchers find, remarkably—though perhaps not surprisingly given what may be considered broad “anticipated” clinical benefits of the mind-body treatment—unanticipated cost savings from mind-body therapies. 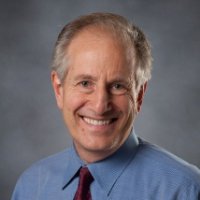 Recall the rhetorical question from David Sobel (pictured) in his seminal JAMA column 20 years ago.  After years of NIH NCCIH prioritized research on mind-body medicine, Sobel’s question is even more pertinent. These compelling cost-effectiveness and cost-saving data from the Herman-Cherkin team, and that last year from the Benson-Henry Institute, put additional urgency behind Sobel’s ultimate assertion that “the beliefs and biases that delay the use of psychosocial interventions need to be challenged.” In fact, those biases have now been challenged in the court of science. And they have lost.The resistance to implementation is multidimensional. There are necessary personnel changes (new hiring, re-training of staff, interprofessional education), physical plant considerations (create or open spaces for widespread delivery of mindfulness programs), payment models (appropriate insurance coverage) and economic game changers (adjusting downward the estimates of necessary medical services given the anticipated reduction in need). The latter, in street terms, requires the goring of some oxes.It is at times like this when one thinks favorably of the practice in Mao’s Cultural Revolution of taking those resistant to change out to the countryside for re-education. The U.S. medical industry could benefit from a bit of that.Editor's note: This article was updated post-publication.
About the Author: