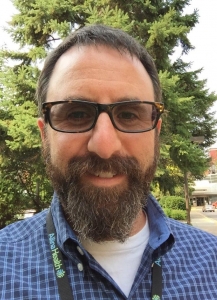 by John Weeks, Publisher/Editor of The Integrator Blog News and ReportsThe presumptive value of acupuncture in an emergency room (ER) has been as durable a proposition as qi itself since the integration era began 20 years ago. Now in his fourth year at Minneapolis’ Abbott Northwestern Hospital, Adam Reinstein, LAc shares emerging outcomes and experiences that are confirming the soundness of this postulate.The knowledge gaining is part of the legacy of the Penny George Institute for Health and Healing (PGI), located near Abbott Northwestern, in the Allina Health system. Reinstein’s salary was paid for the first two and a half years through the PGI Research Department, through which he was hired by Jeff Dusek, PhD, then the director.Reinstein began his practice as part of a pilot project. He shared in an interview that his integration into the ER was made easier by the presence of PGI. "They were shifting the culture of the whole organization,” he said, toward openness to complementary and alternative medicine practices.

Reinstein is presently embedded in the Abbott ER five days a week. The ER has not yet figured out a way to bill for his services. This year his salary, no longer paid through the PGI research department, is remunerated thanks to the Abbott Northwestern’s foundation arm. Reinstein also credits ER director, Chris Kapsner, MD for championing the program. In a Star Tribune article on the initiative, Kapsner shared that the opioid epidemic is a piece of the lure of acupuncture for the ER. “We’re cognizant that there is a huge epidemic of opioid overuse and we’re doing our best not to be part of the problem, but to be part of the solution.”Early evidence supported the decision of the foundation to continue the investment. Even though roughly 70 percent of patients using the service had zero prior experience with acupuncture, an observational trial published in 2016 in Pain Medicine found that 89 percent (248 out of 279) consented to having the service. Of the 182 patients who then received treatment, mean anxiety scores decreased 2.27 points (from 4.73 average). Some concurrently received analgesics. The mean decrease among those who only received acupuncture was not significantly different than those who used both modalities.In an interview, Reinstein described his ER experience as “one of the most integrated systems I have seen” involving a licensed acupuncturist. “We have 35 rooms," he said. "I chat with the doctors in the hallways, ask about certain patients, get orders put in for others. A lot of acupuncturists believe what they need is a relaxing, calm environment. I learned to give up control. While providing care, a phlebotomist might enter the room to draw blood, or a nurse to take vital signs or inject, all while the patient has acupuncture needles in them."

Reinstein, who had previously practiced two years in community acupuncture, found that mode of care in a community space a very adaptable and useful tutelage for the ER experience. Like community acupuncture, the treatments were not front-end loaded with a lengthy individualized interview. Similarly, as in community acupuncture, he does “distal treatments.” Point locations feature the hands, arms, ears, head, feet, and lower legs. This is typical in the group rooms in which community acupuncture is practiced. In the ER, Reinstein is prohibited from needling the trunk or back.Unlike community acupuncture, which is known for giving patients time to nap for an hour or more, treatment in the ER usually lasts just 15-20 minutes. Reinstein uses a smaller number of needles than typical acupuncture, and, unlike the typical multi-visit treatment that community acupuncture supports, Reinstein sees patients just once, unless they are repeat ER visitors.I asked Reinstein if he felt there was any loss or gain from the shorter visits. “I think [the results are] comparable," he said. "By and large, patients get some relaxation and decrease of anxiety or discomfort. Others get some pain relief or nausea relief...What I do just fits in with everything else that is going on [in the ER]."The business of coming up with a value proposition for acupuncture in the Abbott ER is pressing, as the foundation funding Reinstein since the PGI cutbacks is just for a year. The ER team is interested in learning, for instance, if acupuncture is hastening or slowing the movement of patients through the ER. Reinstein notes that, while patient satisfaction is high, it's the total affect on patient experience that counts. It’s hard for its contribution to register as meaningful to the whole population when Reinstein is only seeing a fraction of the ER’s 4,000 patients a month. His services can’t be expected to influence the important EDCAHPS patient experience measure for hospitals.Including acupuncutre in the menu of servcies offered in the ER adds value for patients, says Reinstein. “One talks a lot about patient-centered care but usually patients have little or no choice," he said. "This option gives some choice and autonomy. We bring in a human element.”Some patients have positive experiences with acupuncture or an aversion to medication, and therefore prefer alternative treatment, Reinstein adds. "The pregnant population is another, when women don’t want to put the fetus at risk with drugs," he said. "The level of anxiety in the ER is high and if I can make it calmer it helps the patients and it also helps the staff.”Reinstein notes that he also treats the staff from time to time, another anxiety reduction influencer.The acupuncture service pitch for value may soon benefit from additional research outcomes. Following Reinstein’s observational study, the Abbott Northwestern Foundation funded what former PGI research director Dusek called, “a small [randomized control trial]” looking at acupuncture versus usual care. Results are still being written up.Comment: I found most powerful Reinstein’s description of his acupuncture service’s adaptability in the ER environment. The Academic Collaborative for Integrative Health’s 2007 interviews with medical directors in an examination of the competencies of acupuncturists in integrated environments found that flexibility of the acupuncturists was identified as a key characteristic.At the close of the interview, Reinstein made a point of reiterating two other keys to the success of the initiative, to date. He spoke again to the importance of the culture of openness and interest in integrative therapies stimulated through the multi-year philanthropic investment of Bill and Penny George. In addition, he pointed to Kapsner, the medical director, who, ironically, without having experienced acupuncture himself, is been the program’s champion to the hospital leadership and the ER staff.
About the Author:

The role of acupuncture in integrative oncology