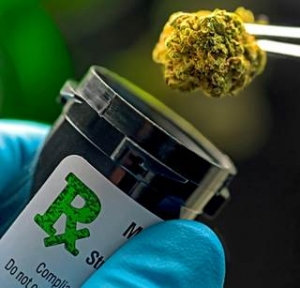 by John Weeks, Publisher/Editor of The Integrator Blog News and ReportsA recent article at Clinical Pain Advisor announced that the American Society of Regional Anesthesia and Pain Medicine (ASRA) has completed a formal position statement on medical marijuana. According to the article, ASRA’s statement on marijuana “mentions evidence of marijuana's effectiveness in treating a number of disorders.” It then requests that the Drug Enforcement Administration (DEA) reschedule marijuana from Schedule I to Schedule II under the Controlled Substances Act.ASRA has given indications of moving steadily toward this position. In June 2016, an article from ASRA  noted that “medical marijuana is no longer a taboo topic or exclusive to a minority of states.”“As of 2015, more than 30 states and the District of Columbia have legalized the use of marijuana for medicinal purposes with varying restrictions.”  They add that the number is likely to grow and that “the question of legalization may soon be replaced by the question of how we will implement safe use criteria.”“If marijuana will be treated as a prescription medication, it makes sense that it will also have to conform to the same safety standards set for other medications.” ASRA Board member Samer Narouze, MD, PhD stated the growing consensus: “Many patients could potentially benefit from its use. However, because medical marijuana lacks the FDA quality and safety oversight, there is inconsistency in doses, which can pose potential risk to patients.”In the Executive Summary of ASRA’s recent position statement, the organization notes that under federal law, marijuana, as a Schedule 1 substance, has “no currently accepted medical use and a high potential for abuse.” Yet the document not only re-asserts medical value. It also adds evidence of potential cost savings that are being found in the states. They write: “Among the states that have medical marijuana laws in place, the number of FDA-approved drug prescriptions for which marijuana could be an alternative, and overall program spending have been reduced under Medicare Part D.  Further state reform could further cost savings but may be difficult to achieve while the current federal law remains in place. Under the current federal law, clinical research on marijuana is hindered, and physicians are faced with difficult ethical and legal questions.”The call for the DEA to reschedule marijuana is linked by ASRA to urging additional clinical research. ASRA’s full 5-page statement is here. 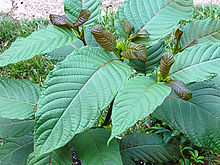 Comment: One truly wonders at the mechanics of resistance to the truth inside the DEA. We know that in medical delivery organizations, single powerful medical officers can sometime hold up integrative initiatives of all kinds. In a presentation October 30, 2016 at the Academy and Integrative Medicine, for instance, Anthony Lisi, DC, the leader of the chiropractic initiative inside the Veteran’s Health Administration (VHA), spoke to the over-my-dead-body stances of certain medical doctors to the inclusion of chiropractic services. While these forces are rapidly losing ground in the VHA, they seem to still have reins in hand at DEA relative to marijuana. Keep the dreaded herb in a deep Siberian prison until the end of time!The recent public backlash to the DEA’s August 30, 2016 announcement that it planned to sentence the Southeast Asian herb kratom (pictured) to a similar Schedule 1 fate must be giving these DEA forces of anti-science and reactivity conniptions. At least I hope so. Within a month over 100,000 people signed a petition to the DEA to handcuff this unreason. The DEA withdrew its action. Instead, the agency opened a public comment period.What is going on inside the DEA? Perhaps the kind of reason shown by ASRA will let them see that it’s time to move beyond the polarized and polarizing culture wars into best practices. The economic case for medical marijuana is a compelling addition to the policy dialogue in this era of value-based medicine and the Triple Aim.
About the Author: