The anti-homebirth vehemence of the American Congress of Obstetricians and Gynecologists (ACOG) may partly explain why midwifery is rarely included as part of the dialogue around integrative health and medicine. This distance is despite the alignment of the principles and practice of midwifery with core integrative values. Respecting the whole person. Affirming natural process. The patient-centered right to choose. Recent actions from ACOG suggest that finally a thaw is beginning.The changes are itemized in a recent e-newsletter from the National Association for Certified Professional Midwives (NACPM). The title features the most recent action: “ACOG Issues Revised Opinion on Home Birth.”  ACOG’s updated Committee Opinion on Planned Home Birth reiterates the ACOG perspective that out of hospital births are safest in birth centers. But the changes is that they add that “each woman has the right to make a medically informed decision about delivery.”Then ACOG reached across professional boundaries to present midwives – whether nurse or non-nurse - as a potentially respectable

choice. One consideration for mother choosing a birth professional is “the availability of a certified nurse-midwife, certified midwife or midwife whose education and licensure meet International Confederation of Midwives' Global Standards for Midwifery Education.” These standards are met by Certified Professional Midwives (CPMs).The NACPM letter reiterated other recent, tentative steps toward this rapprochement.  In February 2015, an ACOG document on Levels of Maternal Care recognized CPMs as appropriate care providers in free-standing birth centers for those with low-risk pregnancies. Two months later ACOG issued an endorsement of [international] Standards for Midwifery Education, Training, Licensure, and Regulation. This endorsement effectively included non-nurse midwives. 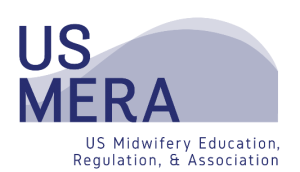 The latter move was linked to two interprofessional organizations into which NACPM has thrown itself, the US Midwifery Education Regulation and Association (MERA) and the International Confederation of Midwives (ICM). The engagements between nurse and non-nurse midwives produced multiple agreements in 2015. The US MERA process was also credited with stimulated ACOG “support for another US MERA achievement, the Midwifery Bridge Certificate.”  The bridge certification “is an attempt to elevate the training and education of midwives who lack accredited education and do not currently meet ICM criteria.”The NACPM article concludes that while the most recent ACOG statement “by no means constitutes a ringing endorsement of [midwifery] practice, it does signal that attitudes about home birth-including judgments about families who choose this option and the midwives who care for them-are shifting.” There is, they state “a growing platform for dialogue about supporting a wider array of birth choices in the U.S.”Comment:  The step-wise process of relationship building and political and policy engagement of the nation’s non-nurse midwives over the past two decades offers a textbook guide for other professions. There are only 2,000-3,000 licensed practitioners nationwide, with licensing in just over half the states. Yet they have marshalled their resources to send delegations to key international meetings, and to continuously build relationships with the group that was, at one point, their worst opposition: nurse midwives.The steps from ACOG did not come from storming the ACOG castle but rather from building and strengthening community with the rest of their (mainly) sisters in midwifery care, nationally, and internationally. It helps that, in an era of value-based medicine, homebirth – while still drawing almost as much controversy as homeopathy – hits on all cylinders of the Quadruple Aim. (See “Homebirth Midwives and the Hospital Goliath: Evidence Builds for Disruptive Innovation” – the most “shared”, “liked”, and commented upon post I have ever written.) Kudos to the midwives for their strategic, persistent, unrelenting work – and to ACOG, for coming around.Now, the question is, will the integrative health and medicine movement ever wake to embrace midwives as essential allies?
About the Author: