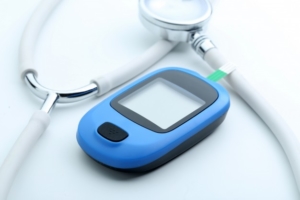 A new study shows that an individualized approach to nutritional ketosis  combined with remote monitoring via a mobile application, could sustainably and safely reverse type 2 diabetes.The study, compiled by San Francisco-based Virta Health and announced in a February 7 press release, reports that the treatment could also improve other chronic metabolic diseases without medication or surgery intervention.The study, "Effectiveness and Safety of a Novel Care Model for Management of Type 2 Diabetes at One Year: An Open Label, Non-Randomized, Controlled Study," oversaw 349 type 2 diabetes patients. A control of 87 patients elected to receive "usual care" provided by their own physicians and dietitians following the American Diabetes Association recommendations. The other 262 patients elected to adopt individualized, low carbohydrate, high fat nutrition while being connected to a health coach and physician via a mobile application, which also contained educational resources.The intervention studied focused on five points: access to a health coach, a physician for medication management, biomarker feedback, nutrition and behavior change education, and an online community."We feel that it is really important to support a patient in many different ways," said the study's principal investigator, Dr. Sarah Hallberg. "Making lifestyle changes can be hard, but the ability to ask questions whenever necessary provided patients with a support system to stay on a potentially life-changing program." The dietary intervention promoted non-starchy carbohydrate sources with a moderate protein intake. This model enabled patients to sustain nutritional ketosis, where the body uses fat as its primary fuel source instead of glucose. Additionally, patients interacted with their health coach or physician via the mobile application, sometimes multiple times per day."Due to the unique structure of the trial and use of telemedicine, we helped prevent any significant hypoglycemic events," Hallberg said. "Instead of patients scheduling an office visit, they could log their blood sugar and ketone levels in the app. Then, both the patient and I could track their levels and make adjustments accordingly."Virta Health and colleagues reported the results of the first year of the trial. Of the study's 262 intervention patients, 83 percent remained in the program. The patients also exhibited an average decrease of 1.3 percent in hemoglobin A1C, a marker that represents a person's average blood glucose over the last three months. Additionally, patients saw 12 percent weight loss during the year.The findings demonstrated a reversal in diabetes progression. Of those receiving the Virta Treatment, 94 percent of patients on insulin decreased or eliminated their dosage by year's end, and 60 percent of patients showed hemoglobin A1C levels below the diabetes threshold without medication or only metformin. In contrast, "usual care" participants experienced no significant changes in A1C or diabetes medication use."Our results push against the accepted norm that A1C cannot be improved while taking patients off of medication," Hallberg said. "Our trial shows we did both—sometimes in a matter of weeks—and sustained and even improved results at one year. Establishing the right intervention and remote support resources is critical for our treatment approach."CEO Sami Inkinen, and Stephen Phinney, MD, and Jeff Volek, MD, co-founded Virta Health in 2014 to address type 2 diabetes, which affects hundreds of millions of people globally and creates nearly $300 billion of economic impact in the United States alone."We have worked long and hard to establish an evidence-based treatment to reverse, not manage, type 2 diabetes to change the course of the epidemic and help patients achieve better health." Inkinen said. "We are committed to the success of each one of our patients and continually improving our approach in order to reach our goal of reversing type 2 diabetes in 100 million people by 2025."
About the Author:

Exercise could have final say on fatty livers, study finds