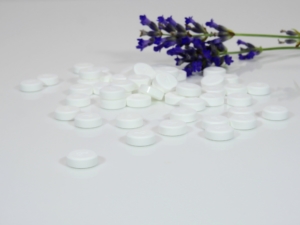 Early psychosis is associated with nutritional deficiencies, potentially presenting new avenues for improving health among the millions of people affected worldwide, according to new research announced in a November 30 press release.Research led by NICM Health Research Institute at Western Sydney University  in Australia systematically reviewed evidence examining nutritional deficiencies in people being treated for psychotic disorders. The researchers assessed 28 studies examining blood levels of six vitamins and 10 minerals across 2,612 individuals. Participants were assessed either immediately after presenting with psychotic disorders, such as schizophrenia,  for the first time, prior to anti-psychotic treatment, or within the early stages of treatment.Early detection and treatment of psychotic disorders is thought to be critical for maximizing recovery. Previous research has shown a strong correlation between long-term schizophrenia and various nutritional deficiencies including vitamins B, C, D, and E. However, previous research failed to assess the full range of nutritional deficiencies, which may be present during the first episode of psychosis.The research, published in the world's leading schizophrenia research journal, Schizophrenia Bulletin, found that early psychosis is associated with large deficits in blood levels of critical nutrients, with particularly low levels of vitamin B9 (folate) and vitamin D. Furthermore, these nutritional deficiencies were found to be associated with worse mental health in young people with early psychosis.Although the review found no significant differences for other vitamins and minerals, the researchers said that due to a small number of studies that examined these nutrients, they could not be ruled out and further study was needed to determine their importance.Joseph Firth, lead author and NICM postdoctoral research fellow, said these findings could ultimately contribute to nutritional interventions being added into standard treatment of early psychosis."Although just one of many factors, it is important to recognize that nutritional deficiencies could certainly be contributing to the poor physical and mental health outcomes often observed in young people with psychosis," said Firth.The research found vitamin D and folate deficiencies, previously observed in long-term schizophrenia, exist right from illness onset, and are associated with worse symptoms among young people with psychosis."Since both of these nutrients are vital for physical and psychological well being, this finding emphasizes the importance of promoting a healthy diet for young people with psychosis, and potentially suggests adding targeted nutritional supplementation to standard treatment could improve recovery - although this theory has yet to be tested," said Firth.Jerome Sarris, senior author and deputy director at NICM says while the results of our data analysis reveal that nutrient deficiencies are endemic in people suffering from first-episode psychosis, further work is needed to determine whether this is a by-product of the disorder, an effect from psychiatric medications, or whether lifestyle factors are to blame.
About the Author: