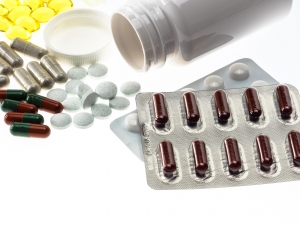 Red yeast rice (RYR) is a natural product that has been used for years as a secondary option for statins, a class of drug prescribed by physicians for cardiovascular conditions, such as high cholesterol. Many of the conventional RYR products on the market, however, have been controversial because they contain monacolin K.Monacolin K is a naturally-occurring statin and one of the active compounds present in RYR. It produces similar side effects to lovastatin, found in many cholesterol-lowering prescription drugs. Patients on prolonged high doses of the statin can experience myopathy, pain and weakness, and rhabdomyolsis, a condition where muscle fibers break down, releasing harmful substances into the bloodstream that can cause liver and kidney damage.A new RYR supplement, Ankascin-568-R, was recently released by Canada-based company, Advanced Orthomolecular Research (AOR), and is completely free of monacolin K. The supplement includes ankaflavin and monascin, which are known to help manage several conditions associated with metabolic syndrome, says Dr. Traj Nibber, founder and Director of Research at AOR, including cholesterol, blood pressure, and blood sugar reduction. The group is currently conducting a study to confirm the drug’s effectiveness in reducing various biomarkers of Alzheimer’s disease.By taking away the potential side effects, the possibilities for the supplement are virtually endless. Cardiovascular disease claims more lives than all forms of cancer combined, according to the American Hospital Association (AHA). In the United States, an estimated 610,000 people die annually from cardiovascular health issues, and an estimated 85.6 million are living with some form of the disease. Additionally, the AHA reports that someone in the United States dies of CVD almost every 90 seconds.Around the world, healthcare professionals are continuously making patients aware of the significance of preserving cardiovascular health and are encouraging patients to take a proactive role in assessing their individual risks for CVD. People should educate themselves on modifiable risk factors—smoking, obesity, diabetes, etc.—and non-modifiable risk factors—age, gender, ethnicity, and genetics—and talk with their provider about what they can do to minimize risks.The U.S. Preventative Services Task Force says RYR is as effective as statins in lowering cholesterol, which plays a key role in cardiovascular disease, according to a November 15 statement released by the agency.Many healthcare professionals agree that obtaining essential nutrients via dietary means is optimal. However, meeting nutritional needs with diet alone is not always feasible. Supplements like RYR ensure individuals get the vitamins that they need to ward off cardiovascular risks.
About the Author:

Primary Cardiovascular Prevention through the lens of integrative medicine