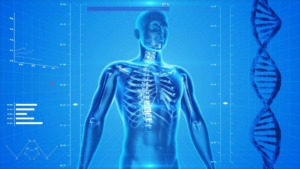 An herb widely used in traditional Chinese medicine might hold the key to a new osteoporosis therapy that could prevent bone loss without causing side effects, according to an August 29 press release.Using a compound derived from red sage, University of British Columbia researchers have found a way to selectively block an enzyme called Cathepsin K (CatK), which plays a major role in the breakdown of collagen in bones during osteoporosis, says the findings published in the Journal of Bone and Mineral ResearchThe development of osteoporosis drugs by pharmaceutical companies has focused heavily on blocking CatK in recent years, says  Dieter Brömme, a professor in the faculty of dentistry and a Canada Research Chair in Proteases and Disease. "All clinical trials to date have failed due to side effects ranging from stroke, skin fibrosis, and cardiovascular issues," says Brömme. "We've found a way to block CatK only in bone tissue that we think will prevent these other negative effects."The researchers tested a compound derived from red sage in human and mouse bone cells and a mouse model. They found that it prevented bone loss and increased the bone mineral density of the mice treated with the compound by 35 percent when compared with the control group.Osteoporosis is a global health problem that will affect one out of three women and one of out five men worldwide, with a multi-billion-dollar pharmaceutical industry dedicated to finding treatments to stop its progression. The study builds on previous research by Brömme and his team that looked at the effectiveness of red sage, known as Danshen in Chinese and used to treat bone ailments, in stopping the activity of CatK in limited ways.Enzyme blockers work like keys in locks. Most drugs in development have been so called active site-directed inhibitors, which act like master keys and lock the entire enzyme, blocking both its disease-relevant functions, such as collagen degradation and its other normal functions.This herbal treatment could potentially be used to treat a variety of bone and cartilage diseases, such as arthritis and certain bone cancers.
About the Author: