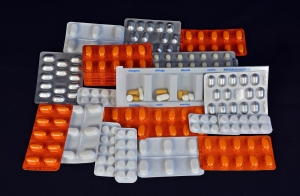 In an effort to resolve the opioid addiction and abuse epidemic, U.S. Senators John McCain (R-Ariz) and Kirsten Gillibrand (D-NY) introduced bipartisan legislation that would limit the initial supply of opioids for acute pain to seven days, according to a statement on Medscape. This limit does not apply to the treatment of chronic pain; pain being treated as part of cancer care, hospice, or other end-of-life care; or pain being treated as part of palliative care.This federal legislation is modeled after laws in several states. Ohio revealed similar legislation in March, and New Jersey passed a law in Ferbuary limiting initial opioid prescriptions for acute pain to five days.  Arizona, Connecticut, Delaware, Maine, Massachusetts, New York, Pennsylvania, Rhode Island, and Vermont have various limits—most around 7 days—for initial opioid prescriptions.There is support in the medical literature for such limits. A recent study found that for patients who need an initial opioid prescription, supplying three or fewer days' worth of medication reduces the likelihood of long-term opioid use."One of the main causes for the alarming increase in drug overdoses in the United States is the overprescription of highly addictive opioids, which have increased by 300 percent over the last 15 years," McCain said in a news release.Gillibrand said this bipartisan bill would target "one of the root causes of the opioid addiction crisis, which is the over-prescription of these powerful and addictive drugs for acute pain. Under current federal law, medical professionals in the United States must receive a license from the Drug Enforcement Administration (DEA) to prescribe a schedule II, III, or IV controlled substance. The license must be renewed every three years.The federal legislation introduced by McCain and Gillibrand would require medical professionals to certify, as part of their DEA registration, that they will not prescribe an opioid as an initial treatment for acute pain in an amount that exceeds a seven-day supply and that they may not provide a refill.
About the Author: