Naturopathic Mission: Accent on the Common Good, or the Profession?

Lately I have been thinking about the future of the naturopathic medical profession. My musing began with a recent Huffington Post piece I wrote summarizing some of that profession’s substantial, formative impact on the emergence of integrative and functional medicine. I shared my own direct participation in its emergence 1983-1993.

A week later, here in an Integrator Round-up, I noted additional contributions of this tribe of just 5,000 doctors: ND authorship of the pioneering clinical publication on science-based natural medicine, ND leadership in integrative oncology, an ND’s leadership in integrative medical economics, an ND’s role in shaping of the nation’s blueprint for pain via the Institute of Medicine, and central roles of NDs in building influential interprofessional collaboratives.

The contributions suggest that these doctors have tapped into the energetic vital force that they, by philosophy, seek to invigorate in their patients.

I built the Huffington Post piece around a suggestion that proved to be thought-provoking to some, controversial to others:

“What if the profession focused on its broad, health-fomenting mission rather than cling to its narrow guild interests as a profession. Mightn't the naturopathic guild, paradoxically, benefit from a very non-guild-like, energetic strategy?” 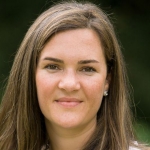 My unsolicited advice was published, as it turned out, within a week of a big January 18, 2016 membership webinar of the American Association of Naturopathic Physicians (AANP). On the call, the AANP’s new president Jaclyn Chasse, ND (pictured) announced priorities created through a community-developed 2025 strategic plan. In the process, Chasse shared the organization’s new mission statement.

How would this self-definition and these directions reflect, or not, the “energetic strategy” I recommended from outside AANP’s process?

The discussion that follows focuses on this single profession. The ideas may resonate with others in the integrative arena. From acupuncture and Oriental medicine practitioners to chiropractors to holistic nurses and integrative medical doctors – the size of each is somewhere between small and a homeopathic dose compared to the 1.1-million medical doctors populating the medical industry. Demographic awareness should influence strategy.

I use the term “energetic strategy” to distinguish a focus on mission from that of a usual guild business. What motivated you first to become a health professional? What is your mission?

I also self-consciously used “energetic” – with tongue only partly in cheek - to reference the aforementioned “homeopathic dose.” A 5,000 ND/1,100,000 MD ratio (0.0045%) approximates such a dose - especially If you figure the economic force. The average ND’s income is a fraction of that of the specialists who dominate the MD profession. Mightn’t the profession’s work in the world be potentized by some sort of shaking up, some succussion?

So what has the profession been up to, and where is it going as Chasse takes the helm? Is there anything here that fits the bill? 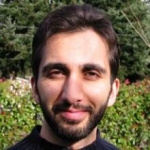 I contacted Chasse’s predecessor, Kasra Pournadeali, ND (pictured) and he shared a newsletter that had been sent in January to AANP members in which he reflected on his two-year term. As president, Pournadeali's team built financial reserves; the AANP House of Delegates passed a Naturopathic Guidelines of Care;  the US Senate passed a resolution declaring Naturopathic Medicine Week, which not only gave the NDs their first direct play in the US Senatem but the various projects celebrating the week also “reached an estimated 14 million consumers, media, NDs and other health care professionals.” 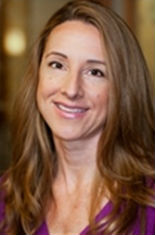 Subsequently, according to the letter, the AANP engaged the Veteran’s Administration and Medicare on ND inclusion. At the state level, through work of Michelle Simon, PhD, ND (pictured) who heads the allied Institute for Natural Medicine, the AANP began providing additional support to expand state licensing. The organization created a “2706 Non-discrimination Task Force to support mandated recognition of naturopathic doctors by insurers.”

Steady progress. The webinar led by Chasse on the 2025 Strategic Plan promised more of the same: greater public awareness;  full scope of primary care practice; employment in all healthcare environments; professional success, especially given debt load of $200,000 and upwards of new graduates; and the fostering of a “sustainable, united and resilient naturopathic community.”

The strategic plan is important work – and essentially that of a guild. It’s the basic fare of a professional organization. Hard work, especially for another of the perpetually underfunded organizations in the integrative care zone.

Yet where is the excitement to foster unity and resilience? There is little that excites and attracts.

The webinar produced a surprise in the Q&A period. Someone referenced my Huffington Post column. What did Chasse think of the direction I’d suggested?

Chasse expressed general agreement. She had done so earlier through a comment made on sharing the column on her Facebook page. The profession needs to be confident in its strengths and high standards and “step into its role as a teacher and bridge-builder.” It needn’t worry about what it is “giving away” to others. Chasse shared a belief that if she and her colleagues do so out of “a spirit of generosity,” value will rebound to the profession.

What if the AANP started by reversing the fields in the statement of mission. Advance the naturopathic profession by enhancing human health and wellness.

Imagining such a campaign is a fun and serious game of multiple white-boards. Behind it: how might the NDs potentize themselves as change agents by shaking things up a little? What is the critical health or societal issue through which this profession can lock in its value?

By your works you will be known.

There is a wonderful characteristic to a mission-driven initiative that opens toward the world we need to enter. A commitment to such a cause that educates, builds relationships, and grows collaboration will always be a winning campaign.