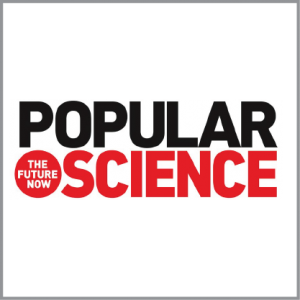 by John Weeks, Publisher/Editor of The Integrator Blog News and Reports“Does medicine have a bias against acupuncture?”This question opened a May 5, 2017 article in Popular Science, a typically conservative media outlet when it comes to medicine’s frontiers. The reporter, responding to the activism of the researchers whose work she was reviewing, invited one of medicine’s shadows into the room.The story questioned the integrity of the United Kingdom National Institute for Health and Care Excellence's (NICE) decision to exclude acupuncture from a chief clinical guideline, arguing that they should “hold acupuncture to a higher standard than it does traditional medical modalities."The article was born of unusual advocacy by scientists. The international group of complementary and integrative health researchers chose to switch hats. Instead of engaging research, they directly took on an Institute with huge power both nationally and globally. NICE’s decision not only determined whether people in the U.K. have access to coverage services, but also set the tone for coverage decisions in the far-flung corners of British influence.

Research advocate Stephen Birch, PhD, LAc, MBA and his team wrote a paper challenging the NICE guideline on knee osteoarthritis. An invited commentary from Hugh MacPherson, PhD, MBAcC, linked this paper to NICE’s recent low-back pain guideline that similarly excluded acupuncture. Their core argument was that acupuncture was forced to meet a significantly higher level of “effect size” than other therapies that were recommended, and thus covered.In the opening of the article, writer Kendra Pierre-Louise highlighted the double standard alleged by Birch’s team. “If all of the treatments that NICE recommend for knee arthritis—including weight loss and nonsteroidal anti-inflammatory  drugs like ibuprofen—had to meet the minimum required standards that NICE sets for acupuncture, ‘opiates would become the first line of drug prescription," wrote Pierre-Louise.

The paper and commentary also built a second principle argument. Each drilled in a second inclusion-exclusion judgement known to be damaging to acupuncture. The body of “effectiveness research” in which acupuncture is compared in to usual care strongly supports the value of acupuncture. In fact, it meets even the extraordinary 0.5 “effect size” standard set in judging acupuncture. However, the panel chose not to consider these effectiveness trials.Instead, NICE only considered efficacy trials, in which traditional acupuncture is compared to a form of “sham” acupuncture in randomized controlled trials. In these comparisons, the effect size between those given sham acupuncture and those given real acupuncture falls short of the 0.5 threshold.The authors note that research has made abundantly clear that sham needles and sham points are not inert, they have effects. Thus, even in these efficacy trials, if the effect size of the sham is added to the additional effect size of acupuncture, the 0.5 effect size is again met.Notably, neither Birch et al nor MacPherson directly called the NICE panel for prejudicial. The Birch team spoke instead to the agency’s “unintended bias.” MacPherson, in an example perhaps of British deference, implied bias, while merely titling the behavior “not-so-NICE.”As editor in chief of the journal, The Journal of Alternative and Complementary Medicine, I had the opportunity to add a quote to a media release on the two submissions. The quote reads, “While the authors fall short of accusing the NICE panel of intentional bias, it is dumbfounding and deeply unfortunate in a time of advancing awareness of the public harm from over-reliance on pharmaceuticals in pain treatment that NICE should choose to stack the deck against the significant evidence for acupuncture as another tool.”Comment: Pierre Louise reframed her question for her Popular Science audience as, “How does alternative medicine get to be plain-old medicine?”The question was framed differently in a presentation recently by Klaus Linde, PhD, another long-time acupuncture researcher. “Evidence of effectiveness but not efficacy—why many complementary therapies are so hard to accept for biomedicine.”The route to “plain old medicine” for acupuncture—and for chiropractic, mind-body, massage, and many integrative practices—certainly must include elevating “effectiveness” over “efficacy.” One would hope that in an era that touts patient-centered care that effectiveness versus the usual care patients receive would gain credit.Another key to answering Pierre-Louise’s question is to do what these researchers are doing here: calling attention to harmful, exclusionary public policy. Credit these investigators for stepping out of their research skins to become policy actors. It was pleasing to see Pierre-Louise uses the article’s opening to let the authors excoriate NICE. These are welcome acts in a march for effectiveness science.
About the Author: