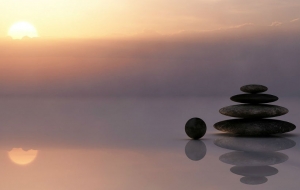 Mindfulness meditation—practices which often include body relaxation, mental imagery, breathing practice, and mind-body awareness—have been used to aid in stress-reduction and promotion of health and well being in those with chronic pain, depression, anxiety, or other mental health conditions. New research shows the effectiveness mindfulness practices could have on children diagnosed with mental illnesses, according to research published in Psychiatric Times.Since the 1900s, researchers have been increasingly studying the effectiveness of mindfulness meditation in adult populations and, in recent years, expanded the scope to include children with depression and anxiety.Jon Kabat-Zinn, PhD, introduced mainstream healthcare to this approach with his mindfulness-based stress reduction (MBSR), a technique he shares as the founding Executive Director of the Center for Mindfulness in Medicine, Health Care, and Society at the University of Massachusetts Medical School.MBSR is a manualized approach to mental illness management, where patients meet as a group for two and a half hours, once a week, for eight weeks. In addition, patients participate in a day-long session during week six. Each meeting focuses on one of the mindfulness practices.Another similar technique, mindfulness-based cognitive therapy (MBCT), has also been used in children and includes a similar protocol to MBSR, but with an added component of cognitive interventions to disrupt repetitive negative thought patterns. The intent is to identify intrusive thoughts as “just thoughts,” to practice a nonjudgmental approach, observe the thoughts, and recognize them rather than avoiding them or returning to habitual thought patterns.With children and teens, modifications have allowed for developmental differences, such as increased repetition and reduced time spent in meditation. The MBCT protocol has been tested in children ages 8 to 14 years old, whereas the MBSR protocol is specific for teens aged 14 to 18 years old. Parent training happens as well to further support the child. With children and teens, an all-day workshop is typically not used.Neuroscience research has found that mindfulness meditation increases attentional control, improves emotional regulation, and modifies self-awareness. Neuroimaging studies show both functional and structural changes in the interior cingulate cortex and the dorsolateral prefrontal cortex, specifically a thickening of the grey matter in these areas along with activation. In addition, there is a decrease in amygdala activation, which is shown to affect anxiety, post-traumatic stress disorder, and other mental imbalances.In “Mindfulness Interventions with Youth: A Meta-Analysis,” researchers looked at 20 studies conducted on youth populations, concluding that mindfulness interventions with youth were helpful and there was no iatrogenic harm. Of the studies reviewed, most were conducted in schools and used a variety of intervention types: three used MBSR, three used MBCT, five used part of MBSR, and nine used other interventions. The participants were ages 6 to 21 years old. Although most comprised nonclinical populations, four studies included clinical samples and twelve studies had active controls. Measures included psychological symptoms such as anxiety or depression, general function such as social skills, and measures of mindfulness.Another report, “Mindfulness-based stress reduction for the treatment of adolescent psychiatric outpatients: a randomized clinical trial,” looked at 102 adolescents in a psychiatric outpatient clinic. The patients were randomized and half participated in normal psychiatric treatment, while the other half were also given an eight week MBSR program. The MBSR group showed significant improvement in mental health measures. The study revealed a correlation between time spent in mindfulness practice and improvement in depression and anxiety symptoms from the patient’s baseline to a three-month follow-up.Researchers also looked at the affect mindfulness practices can have on patients with attention-deficit/hyperactivity disorder, post-traumatic stress disorder, and autism. Although data on mindfulness specific to youths with mental health problems are limited, researchers concluded that there is a foundational improvement in psychological function and resilience in the healthy youths studied. In the meta-analysis, there was strong effect size for reduction in psychological symptoms in the clinical population—mindfulness interventions had the strongest outcome measure.Areas of future study to consider would be attempts to replicate the impact of meditation in areas of the world where trauma is prevalent, according to the reports. These interventions can be taught to health care workers in underserved areas. It can be a safe and effective intervention in high distress zones. Another area of future study is to see whether mindfulness meditation practices affect the dose of or need for medications in ADHD, anxiety, and depression. Finally, it is important to study which forms of meditation are of most benefit to which disorder. For example, body-mind techniques that utilize music and yoga might be better suited to autistic children than traditional mindfulness techniques.Research suggests that mindfulness may be most helpful in clinical populations. In addition, mindfulness appeared to address symptoms of psychopathology well when compared with other outcome measures. Though additional research will need to be completed, the initial results should that mindfulness meditation can be effective in treating and preventing mental illness.
About the Author:

Depression and anxiety symptoms doubled in youth amid pandemic

The roles of the integrative mental health provider