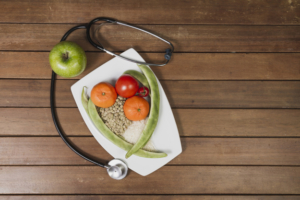 Lawmakers in the Maine House in Senate pushed through a new law, LD 1030, overriding Governor Paul Lepage's veto and requiring health insurance companies to pay for services provided by naturopathic doctors (NDs). The law will apply to insurance plans effective January 1, 2019.Insurers will have to pay for healthcare provided by licensed naturopaths, as they would for care given by other licensed providers, such as medical doctors, osteopathic physicians, and nurse practitioners.The law also prohibits insurance companies from charging higher co-pays, deductibles, and other out-of-pocket costs for naturopathic care. In addition, insurance companies may not exclude naturopathic physicians from their network on the basis of their training and licensure.Currently, there are about 50 NDs licensed in Maine, and about 4,000 nationwide, according to the Maine Association of Naturopathic Doctors. NDs must be graduates of accredited, doctoral-level naturopathic medical schools, which encompasses more than 4,000 hours of education and training, including the same Western medical sciences as medical doctors According to the American Association of Naturopathic Physicians, 20 states, the District of Columbia, Puerto Rico, and Virgin Islands have licensing or registration laws for NDs.Many insurers in Maine already cover naturopathic services, but this is the first time that they are required to do so. The new law will ensure patients can obtain affordable naturopathic services without fear of losing coverage over the course of treatment. It also eliminates discrimination against naturopathic providers, who often treat the same conditions without the financial recognition.With growing patient interest in integrative services, insurers are responding to what their members want. The focus must remain on providing a range of complementary and alternative services, and collaborating effectively between professions.
About the Author: