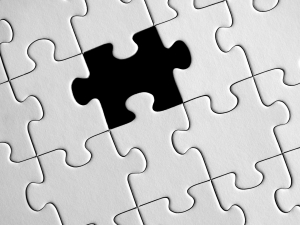 by John Weeks, Publisher/Editor of The Integrator Blog News and ReportsIn a recent study in the journal, Complementary Therapies in Medicine, Canadian researcher, Kate Rybczynski, an associate professor in the department of economics at the Canadian University of Waterloo, concluded that seeing a naturopathic doctor or an acupuncturist was among the behaviors associated with lower absenteeism.Rybczynski found that in a population of 8,820 employed workers with an estimated average of 3.69 missed work days per year, those seeing naturopathic doctors had roughly 2.5 fewer missed days, while those seeing an acupuncturist had 1.2 fewer missed days. Notably, the reduction of absenteeism in those seeing an acupuncturist held only for men.

Positive associations with healthy behavior spanned other integrative therapies. On a separate general measure, Rybczynski concluded that, “active mind-body practices [such as yoga], massage, chiropractic, and acupuncture treatments are all significantly associated with approved health.”The study was based on an examination of the 2007 National Health Interview Survey (NHIS). Rybczynski hangs some significant caveats on the associations she found in her statistical analysis.“First, a small proportion of the sample uses CAM, limiting the generalizability of results," she said. "Second, if health conscious individuals are more likely to use CAM, then health attitudes may be contributing to lower absenteeism among the treated.”

Comment: In 2014, following a systematic review on cost effectiveness of complementary and integrative medicine, RAND Corporation economist Patricia Herman, PhD, ND famously concluded, “I’m tired of this talk that there is no evidence for cost-effectiveness of complementary and integrative medicine. There is evidence. We need to move onto phase two and look at how transferable these findings are.”I credit Rybczynski for choosing to probe the swamp of NHIS data to see what integrative health forms might emerge relating to the critical questions of economic impact. Her research interests are stated to be broad and cover topics such as labor economics, health, and poverty, with a focus on gender and well-being, according to her biography.She does note two potential conflicts of interest, however, adding that she is a practitioner of yoga and her brother is a naturopathic doctor. This is a nice disclosure, though its chief effect is to make one consider the extent of bias throughout the literature—who is not surrounded by the presence, or absence, of integrative or conventional practices and practitioners, and had one’s world view influenced? The questions asked, plans of approach, prioritization of results, and choice of words all flow from the pungent stew of bias.Rybczynski does share that the positive findings on the influence of naturopathic treatment left a hole that one might drive a truck through. “It is possible that healthy lifestyle, rather than effectiveness of the treatment—may circumvent illness and reduce absenteeism.”Yet, this merely begs a more significant chicken-and-egg question about the associations between absenteeism and the naturopathic doctor’s lifestyle-oriented form of primary care. If a naturopathic doctor is successful, their “treatment” will result in the patient having more of a “healthy lifestyle”. Thus, the healthy lifestyle is in fact an outcome of “effectiveness of [naturopathic] treatment”. If the treatment is successful over time, the proximal cause moves from clinician to “self-care.” The “first cause” may be the lifestyle-oriented approach to treatment, or, before that, the energetic impulse toward health that led that person toward a new kind of care.In either case, it would be a great shame and loss to no longer give credit to the process with practitioners for such reductions in absenteeism from this model of care. This transformational movement from practitioner-led teaching to patient self-practice is what we ultimately would like to see across the board. More studies of the success or failure of naturopathic and other integrative practices on this goal would be important contributions.Rybczynski makes this connection. “The consistently negative correlation between naturopathy and illness-related absence suggests that naturopathic therapies may reduce illness, or may attract healthy workers.” ]In either case, this is money to the employer.
About the Author: