by John Weeks, Publisher/Editor of The Integrator Blog News and ReportsHarvard's David Eisenberg, MD, a long-time researcher and educator in integrative medicine, is most recognized for his 1993 survey that opened the minds of mainstream stakeholders to the significant consumer use of "unconventional medicine." Next month, he will be honored as an integrative health leader for his decades of professional work in the field. 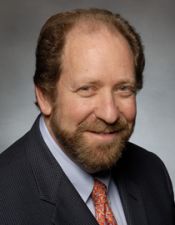 In an April 5, 2016 notice to members, the Academic Consortium for Integrative Medicine and Health (ACIMH) shared that one of the organization’s co-founders, David Eisenberg, MD, will receive the organization’s top honor, the Bravewell Distinguished Service Award. The notice cited Eisenberg’s “landmark national survey” that was published in 1993 in the New England Journal of Medicine. The survey found that a third of adults in the United States were using alternative treatment with nearly $14-billion a year was being spent. Eisenberg published results of a similar survey in 1998 in a special issue on “CAM” in the Journal of the American Medical Association. His personal interest in the field grew out of curiosity about acupuncture from a trip to China a decade earlier.From his base at Harvard University, between 1996 and1999, Dr. Eisenberg hosted conferences on “complementary and alternative medicine” that thrust the movement into the public eye. These proved momentous gatherings of those interested in integration. He joined with Stanford University’s Kenneth Pelletier, PhD, MD (hc) to sponsor two additional ground-breaking conferences in 1998 and 2000. These focused on “practical applications.” There, the potential interest in “CAM” of insurers, hospitals and government agencies was explored. 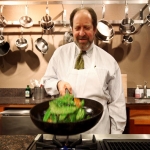 In the succeeding decade, Dr. Eisenberg served as the founding director of the Osher Research Center at Harvard Medical School and was also founding chief of the Harvard Division for Research and Education in Complementary and Integrative Medical Therapies. Eisenberg subsequently worked from 2012 until 2015 as the executive vice president at the Samueli Institute. The son of bakers and a passionate foodie, Eisenberg is currently the co-director of the newly launched Harvard T H Chan-Culinary Institute of America “Teaching Kitchen Collaborative.”Comment: As a speaker and chronicler, I often capture the influence of Eisenberg’s early contribution by referring to the movement in two eras: “B.E.” or “A.E.” - before or after Eisenberg. The date Eisenberg’s survey was published on January 28, 1993 changed everything. The public’s explorations of something besides the reductive and reactive drug-and-cut of regular medicine came out of the shadows. The change was remarkable. Politicians saw voters in the 33% of users. Insurers viewed them as potential policy holders. Media began viewing alternatives used by many of their readers as legitimate news. Hospitals opened new “CAM” programs to increase market share. Employers added CAM practices to health benefits. Perhaps most importantly, individual advocates – clinicians, administrators, public officials, employee benefits managers - could look around their offices, or medical group, and see through the culture of suppression and silence against “alternatives” that a third of those surrounding them were also exploring “CAM.”It helped that the movement was stamped with the Harvard brand through Eisenberg’s surveys and his conferences. Not a bad welcoming hand for a prodigal child that was cast out of the mainstream of medicine nearly a century earlier. Good for ACIMH to select Eisenberg as the award winner this year.
About the Author: