Leadership Changes at the Institute for Functional Medicine 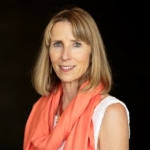 After 15 years as with the Institute for Functional Medicine (IFM), Lauri Hoffman, MPH has announced plans to step down from her position as CEO to turn her attention to other areas of interest.In an email communication to the IFM community, Hoffman expressed her gratitude and pride for the work that has been accomplished.“I’m very proud of the work we’ve all done together and I am excited by the vision and roadmap outlined in the new strategic plan,” she said, “It has been my very great privilege to be a part of this community, and I am deeply grateful for the myriad opportunities to have contributed to IFM’s growth and development.”Hoffman first joined the Institute for Functional Medicine in 2001 as a member of the founding Board of Directors alongside Jeffrey Bland, PhD and Susan Bland.Since then, she has held a number of positions within the organization including Vice Chair of the Board of Directors, consultant, Executive Management Team member, Executive Director, and, most recently, Chief Executive Officer.According to the email announcement, the IFM Board of Directors is fully engaged in the succession planning process and intends to release a full position announcement later next month.Hoffman will officially step down from her position as CEO at the end of the year.
About the Author: