Anyone with much stake in the integrative health movement will find grazing through Wayne Jonas, MD’s narrative case of case studies, science, musings, conjectures, and history a banquet of treats. His ”How Healing Works” touches multiple high voltage topics in Jonas’ leadership trajectory over the past 25 years.

Jonas was the first impactful director of the NIH Office of Alternative Medicine between 1995-1998 where he was too open to the potential of alternative practices for the NIH’s leadership. Starting in the early 2000s, the military-trained family physician led his team at the Samueli Institute to kick-start the remarkable integrative explorations seen in the military and Veterans administration today. In the lead up to the Affordable Care Act, he helped conceive and promote a whole system view of health - recognizing its social and legislated determinants -- in the 2010 HHS National Prevention, Health Promotion and Public Health Council. 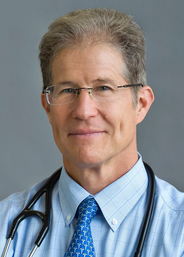 Jonas does not tell these as history of memoir. In a text targeting both practitioners and patients, these experiences pop up to underscore his points – as do patients’ stories and even the cancer process of his attorney spouse Susan Jonas. Because Jonas’ primary interest is not memoir. It is transformation. The anecdotes he assembles are pearls strung to necklace the reader and tug them toward a new paradigm of healing-oriented practice.

His goal is to shake readers loose from comfortable concepts and locate them in the ambiguous world apparently demanded of those seeking to make of the medical industry an instrument of health creation. The status quo, Jonas writes, needs a miracle. In a cover quote, pioneering integrative cardiologist Dean Ornish, MD calls Jonas’ book “radically and disruptively brilliant.”

Jonas’ radicalism can be cute. From his WIN campaign [Wellness Initiative for the Nation] - a precursor to the HHS’ Council – forward, Jonas has favored the catchy acronym. To power up the paradigm-shifting transformation, he proposes that clinicians add to the SOAP note – Subjective, Objective, Assess, Treat – guidance for energizing the healing response of a HOPE Note: Healing Oriented Practice Environments.

At the heart of “How Healing Works” is an assertion that Jonas’ publishers declare at the top of the back cover. The promise is that Jonas “will explain how 80% of healing arises from outside the doctor’s office.”

Jonas reiterates it in a two-page introductory segment: “A full 80% of healing comes from constructing a meaningful treatment response, unique to you, which is internal and highly personal, using simple principals and components.”

He then follows with a well-engineered deconstruction of clinical outcomes that highlights the roles of placebo and context. These combine as the 80% Jonas coronates as “the meaning effect.” For anyone but a student of placebo, these pages will be an illuminating walk down a hall of mirrors to repeatedly be awed by human behavior. Jonas has published on placebo and meaning for decades.

Some complementary, alternative and integrative practitioners have chips on their shoulders about placebos. They hear their antagonists dis the response of patients to integrative methods as nothing more than placebo and relationship. For these, “How Healing Works” will be a thoughtful and fruitful read. And if such self-exploration sounds like misery, rest assured that you have company. Jonas is an equal opportunity disrupter. He also offers science on how the “meaning effect” raises potent questions and opportunities related to the outcomes of pharmaceuticals and surgeries.

I’ve a gripe with Jonas’ framing of this 80% of healing as coming “from outside the doctor’s office.” To the contrary, the tenets in “How Healing Works” urge the opposite. The meaning effect-smart practitioner will conscientiously guarantee that the office, the reception, the use of art or learning tools on the walls, and above all every step of the relationship will be infused in stimulating the meaning effect.

That Jonas chose to reach beyond the practitioner to a broader, consumer audience is evidence in the subtitle: “Get Well and Stay Well using your hidden power to heal.” His decision to go broad is ultimately a misfit - perhaps a violation of Jonas’ own precepts on how to create meaning. I don’t anticipate that most patients will be magnetized to engage healing by the sausage-making of Jonas’ dissection of the healing response.  For these, I doubt Humpty Dumpty will make it back together again.

Where the core message of “How Healing Works” will hold the most power is likely with the audience Jonas is targeting in his current work. He is focused on coaxing regular doctors to add healing to their practices. For these, Jonas’ interwoven tales of his patients’ stories in the service of scientific transmission and practice transformation may be necessary foreplay to engage cross-over physicians in empowering the meaning effects in their own practices.

An integrative approach could curb hair loss due to alopecia