The outstanding uptick in public use of complementary and integrative practices in the last major survey was an area classified as “self-care” yoga. The designation as self-care might be challenged when practitioners of yoga go to classes and typically choose to attend those of specific, favored yoga teachers. Where the self-care framing is certainly inappropriate is in the emerging profession of yoga therapy, driven by the International Association of Yoga Therapists (IAYT). The IAYT has just published information on advances related to its new certification program. These may be of particular interest to licensed integrative practitioners: 30% of its applicants are licensed healthcare professionals, and the IAYT added clarifications related to licensed professionals in their scope of practice document. 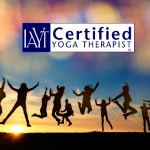 The new set of initials that will be showing up behind the names of those who meet the IAYT standard and successfully complete the certification testing is C-IAYT. In a September 13, 2016 posting to members, the organization shared that “at this writing, 344 members have been awarded their C-IAYT” and “many more are in the process.” The geographical draw of the program is notable. Among the first C-IAYTs are individuals from all US states except the Dakotas, Nebraska, Wyoming and (shockingly) Vermont. The new designation has also drawn applicants from 20 nations, including Singapore, Turkey, Switzerland, Australia, Italy, Indonesia and the United Arab Emirates.Additional demographic data on applicants shared by the organization revealed an age band from 23 to 73, with a strong female dominance: 410 (90%) women and 39 men, plus 4 who preferred not to answer the question.  Of these, 43% are certified “in other modalities.” Among these: Ayurveda, Reiki, Laughter Yoga, Healing Touch, and aromatherapy. And 30% are individuals who are separately licensed as healthcare practitioners. The range is broad: “acupuncturists, massage therapists, chiropractors, medical doctors, nurses, occupational therapists, physical therapists and mental health counselors among others.”

The interest of licensed healthcare practitioners in the C-IAYT stimulated a second IAYT message to interested parties. This one regards revisions to the organization’s Scope of Practice for Yoga Therapy document, originally announced in April 2016. The changes were made to “alleviate the concerns from some LHCPs” that the IAYT guidelines in some way limited the practitioners from engaging practices under their licensing or other “concurrent healthcare qualification.”The statement clarifies that the scope “is not intended to limit in any way practices that may fall under the scope of practice of the concurrent healthcare qualification, or otherwise impede or prevent a LHCP from practicing according to their scope of practice.” The organization added that its “intent [is] to provide guiding principles for C-IAYT yoga therapists while clearly understanding and acknowledging [licensed healthcare practitioners] who may use yoga/yoga therapy within their own scope of practice.”Comment: The numbers, 344 C-IAYT among an applicant pool of 453, are a tiny fraction of the roughly one-gazillion human beings in the US alone who have become yoga practitioners. It’s even a miniscule set among the 72,000 plus who have certification as teachers via the Yoga Alliance (YA). (This March 2016 Integrative Practitioner article speaks to some of the issues in clarifying the differences between the “teachers” and the “therapists.”) That’s about 6/10th of 1%, as a percent of the pool of YA certified teachers. The applicant pool amounts to a high-potency homeopathic dose relative to the number of potential applicants globally. 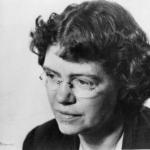 So why is this notable? The yoga train has left the station. It’s not slowing down. The whole person connection with mindfulness as well as the physical value is also on a steady upswing. The safe bet is that the C-IAYT professionals – especially those with other healthcare licenses - will likely increasingly be looked to as the leaders in both the yoga and mindfulness realms. The IAYT presence is global, and connected. This small group will likely be increasingly known as the scholar leaders, just as the high standards of the Jesuits created an influence in Catholicism far beyond the group’s numbers. The quote from Margaret Mead (pictured right) applies: Never doubt that a small group of thoughtful, committed citizens can change the world; indeed, it's the only thing that ever has. (Alignment of interest note: I will off a keynote at the June 2017 IAYT Symposium on Yoga Therapy and Research.)
About the Author:

Top 10 IntegrativePractitioner.com news and commentary of 2016