Interest in traditional Chinese medicine on the rise among students 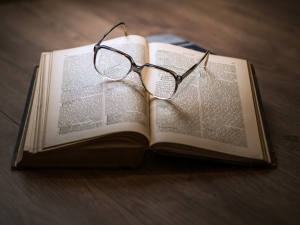 There’s been increased interest in studying traditional Chinese medicine (TCM), with over 700,000 students currently pursuing credentials in China. Over 5,000 of these students are coming from overseas, according to a recent report published by World Education Services (WES).In 2015, World Education Services witnessed an almost 100 percent increase in applications from students seeking evaluations of credentials in traditional Chinese medicine (TCM) earned in China. The numbers keep growing as international students look to China for education in TCM practices, rather than enrolling in programs offered in other countries, according to credential analysts Claire Mengshi Zheng and Jee Lee, co-authors of the report.Most international students enroll at the bachelor’s level, and 89 percent of the international students fund their own education, according to the Chinese State Administration of TCM. Though it is hard to pinpoint the exact reasons why more international students are seeking TCM education in China several factors – both in and outside of China – likely contribute, the report says.One reason could be China’s recent effort to position itself, via its “Study in China” initiative, as a major destination for international students. Another may be Chinese government’s recognition that TCM is a substantial economic engine. In 2014, the total reported value of TCM was roughly $110.8 million USD, according to the director of the State Administration of Traditional Chinese Medicine. China’s government recently introduced a 15-year plan for the development of the TCM sector. The plan states the TCM industry provide 30 percent of the medical industry’s gross output by 2020.In a 2011 study, researchers evaluating TCM both locally and internationally called TCM education in China more authentic, noting that TCM education in other countries tends to focus on acupuncture, and neglects other aspects of practice, such as herbal pharmacology, moxibustion, and therapeutic massage or body work. Students may be looking to TCM in China to receive a more comprehensive education, says Zheng.Additionally, the demand for qualified TCM practitioners in the U.S. is on the rise, especially with the increased mainstream acceptance of “complementary” or “integrative” health interventions. In June 2016, the National Center for Complementary and Integrative Health (NCCIH) unveiled its strategic plan, calling for additional research into TCM practices to help patients who, despite medical treatment, continue to experience symptoms and a diminished quality of life.The Interagency Pain Research Coordinating Committee also called for a programmatic solution to chronic pain management that does not rely on opioids in its March 2016 strategy, as a response to the nationwide opioid epidemic.

China-based medical schools are capitalizing on the increased Western interest in TCM—the China Medical School in Taiwan offers programs intended to prepare students either for a dual license in both Chinese and Western medicine, or a single license in Chinese medicine. The schools sites integrative medical facilities at top universities, including Harvard, Yale, and Stanford.But what does TCM education look like?China has 42 mono-specialized TCM colleges and universities and 238 universities that offer TCM programs. Forty-six specialized universities offer master level programs and 17 offer programs at the doctoral level. A number of Chinese institutions also offer vocational, self-study, blended study, and transnational programs.Most bachelor’s-level TCM programs for international students offer bilingual curricula in English and Chinese. Most recognized bachelor programs in TCM require five years of study, but students have the option to finish in seven years. In general, graduates must complete 240-300 credits and roughly 1,000 hours of practice in a clinical internship.The program is strictly structured and students have to take certain courses within certain semesters:Bachelor’s degrees in TCM specialties – including acupuncture, moxibustion, tuina, or integrated medicine – have roughly similar curricular components, but the clinical courses emphasize the respective specialization. Upon graduation, students obtain a Bachelor of Medicine in TCM. In China, the degree is recognized as a first professional degree, and holders are permitted to practice TCM in mainland China. Five-year degrees from recognized institutions also meet the academic requirements for local TCM certification in most U.S. states.The most commonly recognized TCM degrees at the postgraduate level include the Master of Medicine and Doctor of Medicine in TCM. Both degree programs typically last three years.Some recognized programs allow students to complete a bachelor’s TCM degree, a master’s TCM degree, or a doctoral TCM degree as part of an integrated program. Beijing University of TCM’s fast-track, combined bachelor-doctoral program, called the Qihuang Guoyi program, allows students to complete both a bachelor’s degree and doctorate in nine years. Students have to complete five years of undergraduate study. In the fourth year, they may take an entrance examination in order to enroll directly in the doctoral program.Though there has been an increase in the professional opportunities available to licensed TCM practitioners, the demand has also risen, and the academic landscape around TCM in China has become more complex, creating challenges for those seeking training as well as for employers and licensing organizations seeking to verify the credentials of incoming practitioners.
About the Author: