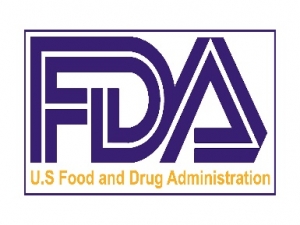 Integrative medicine practitioners and the natural products industry were slow to respond when the U.S. Food and Drug Administration (FDA) opened a comment period on a draft scheme for regulating “New Dietary Ingredients” (NDIs). By the close of the comment period on December 12, 2016, the vote was in. A letter to the FDA from five organizations representing integrative health and medicine practitioners stated bluntly, “We write to express opposition to this draft guidance.”

The letter was signed by presidents of five organizations: Academic Collaborative for Integrative Health (representing 18-North American organizations and 40 individual colleges);  American Association of Naturopathic Physicians; American College for Advancement in Medicine; the Association of Accredited Naturopathic Medical Colleges; and the Integrative Health Policy Consortium (representing 20 Partners for Health organizations). The organizations argued that the draft guidance would “interfere with the care received by the millions of patients served by our members.”

The natural products industry weighed in with similar unity, via multiple submissions. A December 13, 2016 article at New Hope Network began, “If it’s true that ‘United we stand, divided we fall,’ then there is hope that FDA will heed the calls from the major ingredient and supplement trade groups, which stand united with major concerns in the agency’s New Dietary Ingredient (NDI) guidance document, public comment period of which ended Monday with a flurry of detailed critiques and suggestions.”

Congress required the FDA to clarify the regulation of NDIs as part of the 1994 Dietary Supplement Health Education Act (DSHEA). The NDI guidance has been 22 years in the drafting. Yet, despite the time lapsed, integrative practitioner organizations and natural product manufacturers alike agree that the FDA’s long-delayed handiwork greatly over-reaches the intent of Congress.

The parties are aligned in the view that costs to consumers would be substantial, with little commensurate benefit. “If the Food and Drug Administration’s (FDA) draft guidance as written were to be implemented, considerable complexity and cost would be added to routine dietary ingredient manufacturing processes,” the ad hoc practitioner coalition wrote. “The outcome would inhibit patient access to these safe and effective interventions.”

Opposition to the FDA’s plan was slow to mobilize. Then past natural products industry executive and Integrator columnist Michael Levin, of Portland, Oregon-based Health Business Strategies, took it upon himself to awaken practitioner groups to take a stance on the issue. The first step was to urge parties to promote an extension for the comment period. To its credit, the FDA respected these requests and added two more months to the original closure date of October 12, 2016.

The New Hope article details multiple areas of agreement for the United Natural Products Alliance, the American Botanical Council, and the Council for Responsible Nutrition and the American Herbal Products Association. Among these are opposition to these FDA positions:

The American Herbal Products Association (AHPA) offered some affirmative suggestions. “AHPA believes it is time to turn the page on the decades of discord and misunderstanding between FDA and the dietary supplements industry,” the organization concluded. “FDA could go a long way toward making this needed progress by exhibiting some openness to the creative suggestions AHPA has proposed, each of which would still support the shared demand that all supplements in the market are reasonably expected to be safe.”

The letter from the ad hoc set of integrative practitioner groups did not comment on the specific issues identified by the manufacturers of the products these professionals use—and often sell—in their practices. The one-page practitioner response concluded with a request that “the FDA draft be withdrawn and that the FDA instead enforce the NDI provisions of DSHEA as established by Congress, ensuring that consumers retain access to safe and affordable dietary supplements.”

In total, the FDA received over 7,400 comments. To access the comments, click here. Select “view all documents and comments” at the top of the page.

Comment: Levin contacted Joseph Pizzorno, ND, the editor-in-chief at Innovision’s Integrative Medicine: A Clinician’s Journal and me at the Integrator Blog News and Reports last September to solicit our help. He wanted to awaken practitioner communities to the challenges posed by the guidance. Practitioners were quiet at that time, as was the industry, except via Loren Israelsen, founder of the United Natural Products Alliance.

The process of awakening, and of practitioner collaboration on their joint response, has been a pleasure to observe. Jaclyn Chasse, ND, president of the AANP, which had a significant hand in organizing the practitioner response, reflected on the process. “As the voice of health care practitioners who are knowledgeable about supplement use and quality, our collective voice to the FDA is both needed and respected,” she said. “ [This has been] a great model of how our organizations can come together collectively to both leverage our resources and leave a bigger impact as a whole—thank you.”

FDA cracks down on dietary supplements