individualize their natural medicine prescriptions via the services of compounding pharmacies. The Integrative Medicine Consortium, (IMC) - with the American Association of Naturopathic Physicians (AANP) in a lead role - recently had success in saving access to one compounding agent. Yet the handwriting is on the wall. The AANP, working with the IMC and others, has announced a multi-year campaign to directly petition the FDA to maintain access to these agents.Initial StepsPharmacy compounding is defined as “the art and science of preparing personalized medications for patients.” Medications are compounded based on a practitioner’s prescription “in which individual ingredients are mixed together in the exact strength and dosage form required by the patient.” According to the AANP, the development typically involves prescription “nutritional, herbal, and homeopathic remedies (that) are compounded to meet unique patient needs.” Large pharmaceutical manufacturers typically “do not have the skill nor interest to make small batches of these specialized products.”  The AANP notes that “these compounded medications have also been used safely for decades.” Examples are thyroid and bioidentical hormones and various personalized mixes used in injections and chelation. 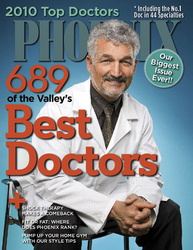 The FDA’s active antagonism began with an event in in 2012.  Gross negligence at a compounding pharmacy, New England Compounding Center, led to a meningitis outbreak that was associated with 64 deaths and a great deal of additional morbidity.  Two executives are currently facing murder charges and 12 others are charged in a 131-count indictment. The FDA’s effort since has been to shut down or severely curtail the industry.Driving the campaign among integrative practitioners to make the case for general safety and to save access to compounding agents is Scottsdale, Arizona-based Michael Cronin, ND (pictured left). Cronin is the current chair of IMC, past president of the AANP, former director of integrative medicine for American Whole Health, and founder of Southwest College of Naturopathic Medicine. He began promoting participation in FDA processes as chair of the AANP’s Compounded Medications Work Group. The stimulus was a proposed FDA guidance “that would greatly restrict the ability of physicians to administer compounded medications – including injectable and IV solutions – to patients in the office.” The AANP’s extensive documentation to the FDA defending the need for in-office use of these drugs fell on deaf ears.One Agent at a TimeIn late 2015, the FDA took an additional step to slam many doors. According to this article from the Alliance for Natural Health (ANH), an IMC affiliate, “the FDA released a list of nominations to its ‘Demonstrably Difficult to Compound’ (DDC) list … of drugs that cannot safely be compounded because of their complexity.” These are mainly the same agents that the AANP states “have been used safely for decades.”The recent lone victory came at a June 2016 hearing before an FDA advisory panel where the AANP’s Paul Anderson, ND (pictured right) 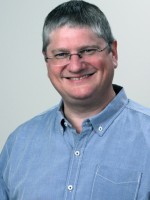 provided expert testimony. Anderson’s medical group in Seattle includes the neuroscientist and multiple NIH-funded researcher Leanna Standish, PhD, ND, LAc.  Following Anderson’s testimony, the AANP sent a note to its members announcing that on an 8-3 vote they had “scored a victory on June 23 with a successful defense of [the chelating agent] DMPS.” However, the notice went on, “many compounds - including MSM, curcumin, boswellia, germanium, and acetyl-l-carnitine - are being put on the FDA's ‘do not compound’ list and the fate of many more remains undecided.” (Aloe vera is yet another agent determined to be unsafe.) The AANP then invited members to a July 25 webinar in which they offered further insight and reported on the planned campaign.Despite the DMPS victory, Anderson painted a dire picture for webinar participants of likely chances for legal access to multiple other compounding agents. He noted that the FDA’s advisory committee only has one compounding pharmacist, a non-voting member.  He added: “If you think the deck is stacked, this is just one element.” He added: “What the process is not – it is not a fair fight, not logical, not in service to patient care. It is not reasonable from the point of view of integrative medicine.” Reflecting on the poor ability of the science to shift the thinking of the advisory team, he added: “Data is not the issue. [The panel] is not reasonable.”Hope: Petition(s) and Legal CampaignBottom line, as Anderson put it:  “The FDA does not understand the value or the need for safely compounded medications. They view them as a public health threat.” 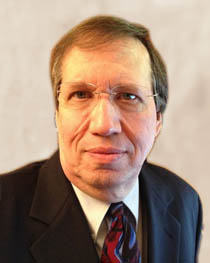 The webinar presented a series of next steps based on the experience that AANP and IMC have gained through their engagement with the FDA. Longtime integrative health attorney Alan Dumoff (pictured left) noted that the present work is building up the public record with scientific support for IMC/AANP views. Dumoff shared that over 30 separate organizations have been in touch with Congress to urge changes. Compounding pharmacies have also been active. An industry organization has organized a letter writing campaign to members of Congress that has gathered 61 signatures.  (The Alliance for Natural Health has separately reported that a group of small compounders filed a suit against large suppliers for “unlawful insurance claim denials.”) Yet, the FDA has “ignored appeals” from Congress.Dumoff and the AANP’s director of government affairs, Mike Jawer, argued that the time is right to petition the FDA – and also to potentially petition the Office of Management and Budget. In conjunction, a Freedom of Information Act request may be made. Cronin shared that the AANP has “pulled the trigger” on an aggressive fundraising campaign by providing an initial $10,000. An additional $4500 was raised from individuals on the call. Much more will be needed – up to an estimated $100,000 depending on the fate of the petition and the need for filing a lawsuit in Federal court. AANP is setting up a PayPal account to make it easy for integrative physicians to contribute.  “This is about,” said Cronin, “owning our medicine.”Comment: For most of us, the ins-and-outs of regulation around compounding medications were captured well by a blunt statement of Cronin. “This is complicated. It’s not a twitter feed.” One level of such complication, is cultural bias. Deaths associated with poor practice by a single compounding pharmacy in 2012 – horrible as they were – provoked this draconian move to narrow patient access to compounded medications. Imagine if the agency responded with as much vehemence to every procedure or practice that leads to the estimated 250,000 deaths associated with other medical errors. Good for IMC and the AANP to take this on. If interested in getting involved or supporting the cause, contact the AANP’s director of government affairs, [email protected].
About the Author:

Naturopathic Mission: Accent on the Common Good, or the Profession?