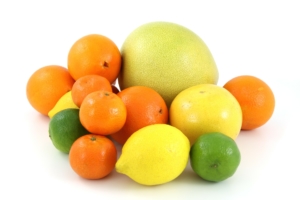 Patients with irritable bowel syndrome who follow individualized diets based on food sensitivity testing experience fewer symptoms, say Yale researchers in a September 20 announcement. Their study is among the first to provide scientific evidence for this medication-free approach to a debilitating condition.As many as one in five adults meet the criteria for irritable bowel syndrome (IBS), a disorder that can cause chronic abdominal pain, gas, diarrhea, and constipation. Many patients with IBS try diets based on blood tests that claim to identify foods that trigger their symptoms. However, the majority of these food intolerance tests have not been validated by rigorous study, said the researchers.The Yale team conducted a double-blind, randomized clinical trial of 58 patients with IBS. For each individual, the researchers collected blood samples and used a specific test that measures immune cell activation in response to individual foods. The study participants were then put on individualized diets that either restricted foods consistent with test results or restricted foods inconsistent with test results.After several weeks on the individualized diets, participants were assessed for IBS symptoms and quality of life. The research team found that while both sets of participants experienced improvement, the individuals on diets consistent with test results fared much better overall and in terms of symptom severity."We didn't expect results like this," said Ather Ali, first author and assistant professor of pediatrics and of medicine at Yale School of Medicine. "The people who consumed the diet consistent with the test did significantly better than people on the sham diet."The two groups of participants reported no notable difference in terms of quality of life. But at four and eight weeks after starting the diets, the restricted diet group achieved significant improvement in symptoms such as abdominal pain and distention (swelling), among others.The findings lay the groundwork for further study. "If these intriguing results can be replicated in larger and more diverse samples they can provide insight into another way to treat a condition that can often be very frustrating. It can be debilitating and patients are often looking for dietary approaches to it," said Ali.
About the Author:

Irritable bowel syndrome through the lens of systems biology