Acupuncture and well-being leader Bob Duggan first become widely known as a priest on the cover of Time magazine who, in the mid-1960s, chose to leave the priesthood to 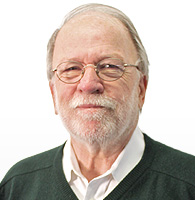 marry. A few years, he and his new spouse, Dianne Connolly, opened an acupuncture clinic for the Worsely School of Five Element Acupuncture.  They built a school, around it that in 1981 became the first acupuncture school in the US to gain accreditation status. Duggan became arguably the most influential educator, mentor and sometimes curmudgeonly prodder inside his field. Through his seminars, leadership program and books, he reached thousands more. Duggan died on Wednesday, October 5, 2016. I knew him as a huge influencer for a focus on health and well-being as the US moved into the integrative medicine era.Sometimes nothing can quite suggest value as quickly as social media. Within a few days of the death of Robert Duggan, MA, Mac (UK), DiplAc (NCCAOM), LAc, over 325 comments filled his daughter Jade Connelly-Duggan’s Facebook page.  The themes are of those commenting are of Duggan’s teaching infusing practices, inspiring toward one’s calling, and profoundly impacting life directions. These ripple out through the “healing presence” he taught as core to all healthcare practice, through patients and into families.A friend and proud mentee of social critic Ivan IllichDuggan was a radical. His own cherished mentor was a man he counted as friend, author Ivan Illich. According to his Wikipedia page, Illich was a “philosopher, Roman Catholic priest, and ‘maverick social critic’ of the institutions of contemporary Western culture and their effects on the provenance and practice of education, medicine, work” and more. The description also begins to capture Duggan’s presence and influence. He was, as a colleague who alerted me to his death put it, “an iconic figure in the dissemination of Chinese medicine into the West and also a full-blooded archetypal Prophet voice for the CAM [complementary and alternative medicine] professions, in that come-to-Jesus/what-are-we-truly-about kind of way.”

The list of professional contributions includes co-founding the Tai Sophia Institute, now transformed – although not always with his best wishes - into the thriving Maryland Institute of Integrative Health (MUIH). MUIH is presently the leading institution for integrative health and medicine on the Eastern seaboard, with over a dozen academic programs and 1000 students from across the U.S. and abroad. His “Redesigning Health” seminars have transformed thinking of many more. He’s testified before federal panels and before the White House Commission.I got to know Bob in 1996 when Wayne Jonas, MD linked the then NIH Office of Alternative Medicine to the then US Agency for Healthcare Policy and Research for a small invitational meeting on the coverage issues on “CAM” integration. I was invited to present a paper on the operational issues and Bob was, with the medical director of Prudential Healthcare and a VP from the National Committee for Quality Assurance, invited as discussants of the paper. We met in Seattle beforehand to talk about the issues. He was in my home city to give one among a series of seminars to Boeing employees on applying Five Element thinking to one’s life. We found a mutual intrigue in our contrasting roles. As an “integrator,” I was learning the means for infiltrating the insurance system for coverage – a much desired goal of many in the “CAM” fields. Duggan meantime was warning against the dance with that particular devil and its organization around pathology and reactivity. He challenged me whether entering into the belly of that beast was the way to fulfill on our mission as advocates for health. Reasonable question.Regulating acupuncture under Parks and RecreationDuggan took seriously his Prophet-like role. He kept his eye on the prize of transformation of reactive medicine toward a health creating focus. Back then, promoting of licensing was a key agenda item for the nation’s acupuncturists. Bob rankled many when he suggested publicly that optimally, in his view, acupuncturist should be regulated under Parks and Recreation rather than professional licensing. Wouldn’t this better underscore its alignment with health and well-being?When a whole wing of the acupuncture and Oriental medicine profession sought to “own” acupuncture and keep it from MDs, with their lower educational standards, or acupuncture detoxification specialists, Duggan had his own response. He recommitted to mission rather than professional aggrandizement and became a leader of a group that met to create and promote the Seattle Statement, a 1997 Declaration of Principles. The document respected the diversity of players and professions using acupuncture. Its urges collaboration between the organizations. At a time when the licensed acupuncture profession split into two national groups along these lines – a split from which it has not since recovered – Bob was the archenemy of the one and an outspoken leader of the other.I few years later in 2005, I had the chance to serve as an organizer of the 12 discipline National Education Dialogue to Advance Integrated Health Care: Creating Common 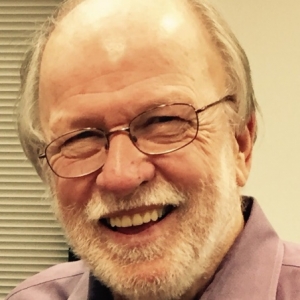 Ground. I wanted to make sure that the dialogue maintained a core focus on the radical shift to health creation as a theme. I knew Bob was the fellow who would inject this theme into the group of 75 educators. I invited Bob to participate, knowing the risk. When we circulated a draft of the list of participants based on categories of educational base – acupuncture, integrative medicine, massage, holistic nursing, etc. – Bob demanded we create a new category of “Acupuncture Wellness Institute,” for him and Tai Sophia. He typically valued his own radical vision more than compromise. In the gathering, Bob wondered aloud – evoking Illich – if we were doing anything more that promoting a new set of professions. Won’t these, with increased cultural authority and inclusion, naturally become more guild-like and lose their paradigm-shifting mission? When as a participant he reviewed a draft of the final report of what for many was a seminal interprofessional gathering, Bob didn’t like what he saw. He asked to have his name be removed. To him, there was not sufficient focus on the human beings these professions serve.  It was more of the same. He didn’t want his fingerprints on it.Bob and I were direct in what we liked and disliked in each other’s views, and, from time to time, each other’s behavior. That has made me want to honor the whole of who he was in these comments. On a Google group associated with a site called Perennial Medicine, moderator and acupuncturist Thea Elijah, LAc, posted the following, that pretty well says it for me in reflecting this human being’s life: “I just received word of Bob Duggan’s death late last night. Bob, whom I’ve loved, hated, respected, fought with, been infuriated at, been so protectively fond of, Bob who made all my body hair stand on end when he said the craziest shit, and with whom I recently became friends. I will miss you, Bob, and I will carry your light. Prayers for the family—prayers for his next journey—no doubt he’ll do it his way.“ No doubt.
About the Author: