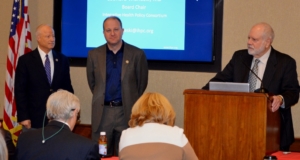 by John Weeks, Publisher/Editor of The Integrator Blog News and ReportsEditor’s note: This analysis article is not edited and the authors are solely responsible for the content. The views and opinions expressed in this article are those of the authors and do not necessarily reflect the official policy or position of Integrative Practitioner."What’s Missing from Medicine. Health.”So read the banner headline for a packed, standing room only Congressional Briefing on Thursday, March 15, 2018 in the Rayburn House Office Building in Washington, DC.This was not a one-shot deal. The gathering celebrated the founding meeting of a new Integrative Health and Wellness Congressional Caucus. The mission: “Amidst Opioid Crisis: New Caucus Will Focus on Integrative Health Solutions.” 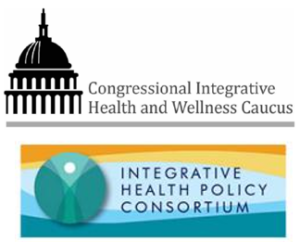 The Caucus is expected to serve as a non-partisan educational forum for legislators to learn from experts on best practices and new research while also identifying policy opportunities to bring integrative health solutions to the American people.The session was organized by the Integrative Health Policy Consortium (IHPC) at the request of the Caucus’ founding co-chairs, Colorado representatives Jared Polis (D) and Mike Coffman (R). IHPC is calling for all interested parties to make calls to the members of Congress to get them involved. (Alignment of interest note: I serve on the IHPC board.)The kick-off event highlighted integrative pain contributions from multiple policy leaders and practitioners. Attending were Congressional staff members representing a bipartisan group of members of the United States House of Representatives and the United States Senate from Alaska, Colorado, Georgia, Maryland, Michigan, Pennsylvania, South Dakota, Texas and Utah. Also in attendance were representatives from the US Department of Defense, the US Department of Veterans Affairs, the US Air Force Medical Service and representatives of over 30 organizations including patient-advocacy groups, lobbying firms and integrative practice professional organizations and institutions.Polis and Coffman led off with statements about the timeliness of the caucus.  IHPC chair Len Wisneski, MD then introduced the panel of speakers (the photo above shows L-R Coffman, Polis and Wisneski):

The core pitch, according to a flier for the meeting, was that “shifting focus in healthcare to prevention, health creation and promotion can create cost savings while improving health outcomes for Americans.” Said the VA’s Kligler, in a comment after the event: “It was an honor to be part of the launch of this new congressional effort to make whole person, well-being oriented, team-based interdisciplinary care a priority for our health care system.” Coffman felt similarly: “It was my honor to welcome the Integrative Health and Wellness Caucus members to Capitol Hill this week.”IHPC has set up a new IHPC-Congress website that is the beginning of a resource set to support Members of Congress and their staff. These include, for instance, information on the move of the State Attorneys General to push insurers to cover non-pharmacological, integrative approaches, and the excellent Moving Beyond Medications flier for clinicians. 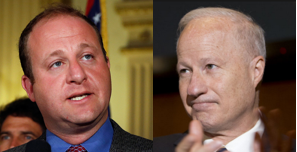 IHPC’s promotion since late last year of the Polis/Coffman-led Caucus has produced over 1200 letters. Some 800 people clicked in to a call line. Staffer’s from over 60 offices responded affirmatively that they could attend the briefing, though many were unable to. “It was a good start,” said Wisneski – “but only the first step.” IHPC’s board will meet for a two day-retreat to strategize on this and other IHPC initiatives March 22-24.The power of the Caucus will be in the level of participation that member of the integrative health community can create by connecting with their members of Congress. Staff for Polis and Coffman have asked IHPC to take the lead in enrolling members. All of those involved – inside and outside Congress - note that this is not the optimal time to be organizing anything new given that Congress right now is at a high level of craziness and noise. Said IHPC acting director Susan Haeger: “This is a building phase and it will take time and hard work by us.” IHPC’s message is of activism and building momentum: “Following Successful Inaugural Briefing on Capitol Hill  - Make sure your Representative Joins the Caucus.”
About the Author: