In November of 2015, 7,000 functional medicine practitioners were electronically surveyed by the Institute for Functional Medicine (IFM). Roughly 1 in 7 (14.5 percent) responded. On August 2, 2016 IFM sent a release entitled “Landmark Survey Explores Paradigm Shift in Healthcare Landscape.” Some results of the 124 question instrument were made available in a 4-page document entitled Functional Medicine Practices, Opportunities, Challenges and Emerging Trends.  However, the full results of the survey are available only through purchase.The survey was funded by Pure Encapsulations. The following are what the IFM chose to publicly share as “key findings”:

The data in the short, publicly-available report share that, of respondents who spend at least 70 percent of their practice time in functional medicine, 82 percent see 10 patients or less. Of these, over half (53 percent) see 5 or fewer patients in a day. Of those spending 70 percent or more of their time in a functional medicine practice, 54 percent spend at least 90 minutes in their initial intake sessions.The respondents tipped toward recent adopted: over half (538) began practice within the last five years. The average amount of time in medical practice – though clearly not just functional medicine - was 18 years. 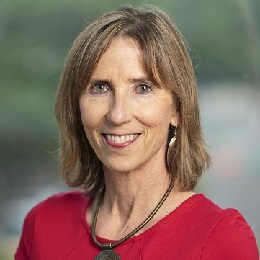 IFM graced the media release with the intriguing title: “Landmark Survey Explores Paradigm Shift in Healthcare Landscape.” IFM’s CEO Laurie Hofmann, MPH (pictured left) who recently announced plans to step down, stated: “Functional Medicine practitioners worldwide are demonstrating that this systems-medicine approach improves patient outcomes across a wide range of chronic diseases and syndromes.” She points to changes in “digital health field, wearable devices, nutrition and exercise apps, personalized medicine, and genomics testing” that she presents as linked to the survey and also to “help[ing] them feel better and reduce costs.”The findings of this survey provide us an exciting roadmap to direct our efforts to prepare Functional Medicine practitioners for success in this evolving environment,” she said. Yet while 124 questions were asked, survey responses related to much of Hoffman’s comments are only available to those who purchase the result.Comment:  The problem with a 14 percent response rate is, well, the 14 percent response rate. For comparisons, surveys of licensed acupuncturists by the National Certification Commission for Acupuncture and Oriental Medicine and of naturopathic doctors by naturopathic organizations tend to draw similarly, at 16 percent-19 percent.This of course leaves huge questions about who responded, and thus about the findings. The polarized perspectives are low participation tend to go like this. On the one hand, some will say that the survey missed the practices of the very busy doctors. Others will say that missing in action are the practices of those who may be embittered and have dropped out or have never really taken up the practice.Bottom line: it is impossible to appropriately generalize about anything from these data. For instance, IFM suggested that “43 percent of physicians practicing Functional Medicine plan to work into their 70s, indicating higher job satisfaction.” Does this really indicate higher satisfaction? I wonder, could this be: 43 percent of physicians practicing Functional Medicine plan to work into their 70s, indicating that they hadn’t socked away enough cash and have to keep working. No data were shared on satisfaction. And we do know that many licensed acupuncturists and naturopathic physicians anticipate working into their ‘70s merely for never having continuously contributed to a 401k.The problem with much of what Hofmann said in the release is that it is not supported by the outcomes that were shared either in the release or in the short report. Perhaps the thesis of “paradigm shift” in the release’s headline is supported by the unshared data. Those shared here do not.  All-in-all, this teaser press release was less a road-map to paradigm shift that it was to frustration for those who can’t buy the whole results.
About the Author: