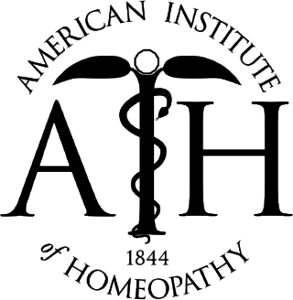 by John Weeks, Publisher/Editor of The Integrator Blog News and ReportsThe American Institute of Homeopathy (AIH) “recently obtained and reviewed records from the FDA via a Freedom of Information Act (FOIA) request, along with data posted on the FDA website reporting adverse effects associated with teething products containing belladonna,” according to an August 21 letter published on the organization’s website.Last year, the U.S. Food and Drug Administration (FDA) plastered the media, linking Hyland's homeopathic teething agents with 10 deaths and 400 adverse events. Hyland's, a maker of homeopathic teething tablets and gel, was the target of a 2010 FDA safety alert, which urged consumers to stop using and discard the teething tablets. Testing identified varying amounts of belladonna, a potentially toxic nightshade plant, according to the FDA. The agency issued a follow-up warning in 2016, announcing the investigation of the adverse events and the cases involving the infant deaths. The relationship of the deaths to the homeopathic teething products had not been determined and was under review, according to the statement.The AIH responded to the FDA release last year in an Open Letter that used logic, past experience, and historic evidence of homeopathy’s comparative harmlessness related to aspirin and other conventional medications used to help teething infants. The FDA did not respond, according to Peter Gold, the AIH’s communications leader.“We requested a statistical analysis and appraisal of the ‘relative risk’ of serious adverse events as related to the use of homeopathic teething products,” said Gold. “We got no response from the FDA.”

Now, the AIH is striking back more substantively, attempting to ascertain the kind of evidence on which the FDA’s message—nominally for public safety—is based.Gold recently shared a letter from AIH President,  Ronald Whitmont, MD, based on those findings. The letter was published on the AIH website on Monday. The evidence assembled leads to a conclusion that politics may have been triumphing over science when the FDA issued its warning.Questionable FDA premiseWhitmont’s letter on behalf of AIH is based both on the records and data they obtained from their FOIA request and from the FDA. The AIH letter begins with a discussion of causality and establishing “relative risk.” Whitmont cuts into the cases on which the FDA’s action were based, which he describes as a “haphazard assortment of 411 reports collected over a 14-year period (from 1993-2016)”.  Of the reports: 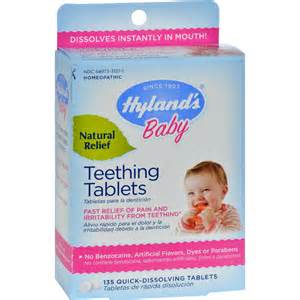 This leaves 359 reports, the letter states, and 221, or two thirds, were from a period in which the Hyland’s teething product of most concern “was not even on the market at the time that the FDA issued its warning.”The AIH then looked at the remaining 138 case reports. “Most of the reports were of extremely limited utility,” they state, “lacking information and essential details necessary to establish the course of events.”The evidence received by the AIH did not provide them any guidance as to whether other factors may have been causal. For instance, no reference was made to family or allergy histories, concurrent use of conventional medicines, over-the-counter products, or vaccines. Each may have been key factors in the events for the infants affected.Whitmont then shared evidence that the presumed seizure rate associated with use of homeopathy teething tablets is “consistent with the lower end of the background rate of 2-5 percent for febrile seizures in children, or a relative risk of 1 or less.“ In short, there is basically no difference between norms and norms plus homeopathy, he says.Associations with infant deathsThe news media, from Time to CNN, widely reported that there were ten cases of infant deaths associated with these products. However, the FDA database only reported eight accounts, according to the letter. The FDA cases include:“The data provided by the FDA was grossly inadequate and reliance on it makes it impossible to establish causality in any single case of SAEs,” said Whitmont, of the information garnered by the FOIA request.The assertion of the FDA “cannot be ascertained from this data,” the AIH concluded.“The FDA’s actions in this matter appear to constitute a gross dereliction of duty,” writes the AIH.  “Premature warnings without even rudimentary scientific inquiry suggest prejudicial intent.”The FDA has not yet seen the AIH analysis. The question that emerges is why the FDA would take such extreme action under inconclusive circumstances, says Whitmont.  “The FDA, whose mission statement is to protect public health by assuring the safety, efficacy, and security of human and veterinary drugs, has erred, and their actions might be interpreted as an attempt to railroad homeopathy out of the public marketplace, which they were successful in doing with respect to homeopathic teething products,” he said. “Of course, this scenario will not surprise most people who have been paying attention lately, but allowing these messages to remain unchallenged is unconscionable.” 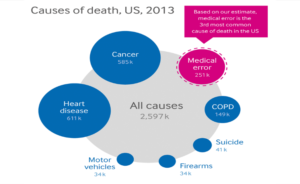 Comment:  In the 1980s, those involved with “alternative medicine” expected U.S. governmental agencies, such as the FDA and the Federal Trade Commission (FTC), to be on a polarizing attack against anything that challenged the practices of conventional medicine. The practices left an anti-governmental stain in the alternative health movement. Notably, errors in the industry the FDA and FTC was defending was well on its way, already, to becoming the nation’s third leading cause of death.Presently, that level of venom from the FDA is rarely seen except against homeopathy. It is hard to delve more deeply into the fright-inducing and industry-attacking FDA release without concluding, as the AIH and Whitmont have done, that “allowing these messages to remain unchallenged is unconscionable.” It appears to be “alternative facts,” a big lie. It is, in fact, the government acting the way haters like to think about government—shameful.AIH, send them the document. FDA, defend yourself. While you’re at it, FDA, remind us of the last time you let scientific work as crappy as this out your door when you were challenging a large pharmaceutical firm with causing death and destruction.Editor's note: The views and opinions expressed in this article are those of the authors and do not necessarily reflect the official policy or position of Integrative Practitioner.
About the Author: