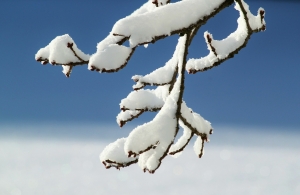 When the weather turns dark and cold during the winter months, many people experience Seasonal Affective Disorder (SAD). In fact, SAD is estimated to affect 10 million Americans each year, according to Mental Health America.Patients with SAD, also known as the "winter blues" may experience a depressed mood and lethargy, which makes it more difficult than usual to deal with daily stressors. Individuals experience stress throughout the year, from things like work and school and personal life. However, if they don't know how to cope in a healthy way, it begins to negatively affect their lives.Symptoms associated with SAD include depression, anxiety, mood changes, sleep problems, lethargy, and overeating. But what causes these things to occur? The reduced level of sunlight in the fall and winter months may affect an individual’s serotonin, a neurotransmitter that affects mood, according to a 2010 report by Dr. Darren Cottrell,  a Locum Consultant at St. James Hospital in Portsmouth, England. Lower levels of serotonin have been shown to be linked to depression. Brain scans have shown that people who had seasonal depression in the winter had higher levels of a serotonin transporter protein that removed serotonin than in individuals who did not have seasonal depression, the report says.In addition, melatonin, a sleep-related hormone secreted by the pineal gland in the brain, has been linked to seasonal depression, says a 2013 report by Stuart L. Kurlansik and Annamarie D. Lbay in the Indian Journal of Clinical Practice. This hormone, which can affect sleep patterns and mood, is produced at increased levels in the dark. Therefore, when the days are shorter and darker the production of this hormone increases. Melatonin can also affect an individual's circadian rhythm, or "biological clock", resulting in ‘internal clocks’ being out of sync with ‘external clocks’, or the usual sleep and wake rhythms. This can result in some of the symptoms associated with seasonal depression.To treat seasonal depression, take a holistic approach to helping patients work through mental health issues, according to a recent release by the Tao Institute of Modern Wellness. Phototherapy or bright light therapy has been shown to suppress the brain’s secretion of melatonin. Light therapy has been shown to be effective in up to 85 percent of diagnosed cases. Patients remain in light up to ten times the intensity of normal domestic lighting up to four hours a day, but may carry on normal activities such as eating or reading while undergoing treatment.  The device most often used today is a bank of white fluorescent lights on a metal reflector and shield with a plastic screen. Cognitive behavioral therapy (CBT) has also been shown to be effective.SAD can be prevented, says Mental Health America. Since seasonal depression has a predictable pattern of recurrence, preventative measures may help reduce symptoms. Some forms of prevention include beginning light therapy in the early fall before the onset of symptoms, exercising more, increasing the amount of light at home, meditation and other stress management techniques, spending more time outside, and visiting climates that have more sun.
About the Author: