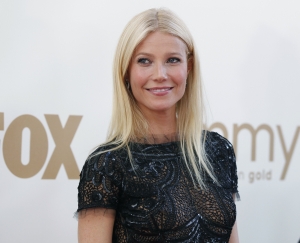 Last week, Gywneth Paltrow announced that she was suffering from a condition known as adrenal fatigue, feeling completely depleted of energy, with dark under-eye circles and brain fog. She turned to her doctor, Alejandro Junger, M.D., who knew exactly how to treat his diagnosis because he had experienced it himself years ago.“Adrenal fatigue is a world epidemic that’s not tested by Western doctors until it’s so extreme that it requires hospitalization—but there’s a whole spectrum of intensity to get there, which is where most people fall,” Dr. Junger said in a recent interview with Well+Good.There's no established treatment protocol for adrenal fatigue, which is why Junger decided to create one himself. When Paltrow came to him for advice, she tried the formula and it worked. Now, Paltrow has teamed up with Junger to create a new supplement plan for adrenal fatigue and, last week, she launched Goop Wellness, a supplement line with single-portioned packs that combines more conventional supplements, like vitamin D, with alternative remedies, like adaptogenic herbs.The adrenal fatigue treatment lineup, called Why Am I So Effing Tired, includes a blend of phytonutrients derived from plants that Junger says activate good cellular communication. The pack also has good fats, ashwagandha and holy basil—both adaptogens that help the body deal with stress—and glycerated licorice, which is said to give adrenals a boost.While adrenal fatigue continues to be a debate in the medical community, which doesn't recognize adrenal fatigue as a diagnosis, there is a theory behind it. Adrenal glands are located right above the  kidneys and produce several hormones. For example, they respond to stress by producing cortisol, epinephrine, and norepinephrine, the hormones responsible for kicking your body into fight-or-flight mode.Adrenal fatigue is thought to occur when, after an initial stress response, the adrenal glands secrete too many stress hormones, followed by a phase where the adrenal glands can’t produce enough of these hormones. This is believed to cause a chronic imbalance in the adrenal hormones. The fatigue is extreme and patients suffer from it even after a great night's sleep.

The Endocrine Society acknowledges that some people believe they have adrenal fatigue, noting that while it's not a medical diagnosis, people who say they have it describe symptoms such as tiredness, trouble falling asleep at night or waking up in the morning, salt and sugar cravings, and needing stimulants like caffeine to get through the day.

In addition to the adrenal fatigue vitamin pack, there are three others, each of which Paltrow developed with a different in-demand doctor. The packs include Balls In The Air, for immunity;  High School Genes, for  metabolism balance; and The Mother Load, for  post-natal depletion. Each regimen is $90 a month, or $240 for three months.Click here for more information.
About the Author: